Inspired by the childhood classic, these ice cream drumsticks are filled with homemade pumpkin ice cream, dipped in dark chocolate, and topped with candied pecans! 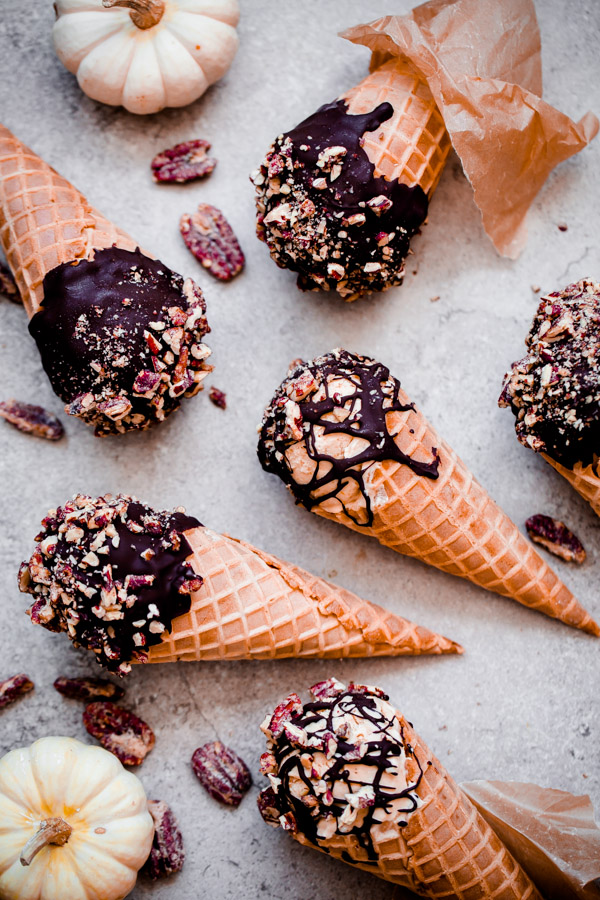 Remember when we made homemade pumpkin puree? Today we’re using it for these Pumpkin Ice Cream Drumsticks with Chocolate and Candied Pecans.

The idea for these pumpkin ice cream drumsticks slowly came to me over the past two weeks and I almost jumped with joy! It felt like a very small, but noteworthy victory. I practically ran to the grocery store to grab the ingredients. 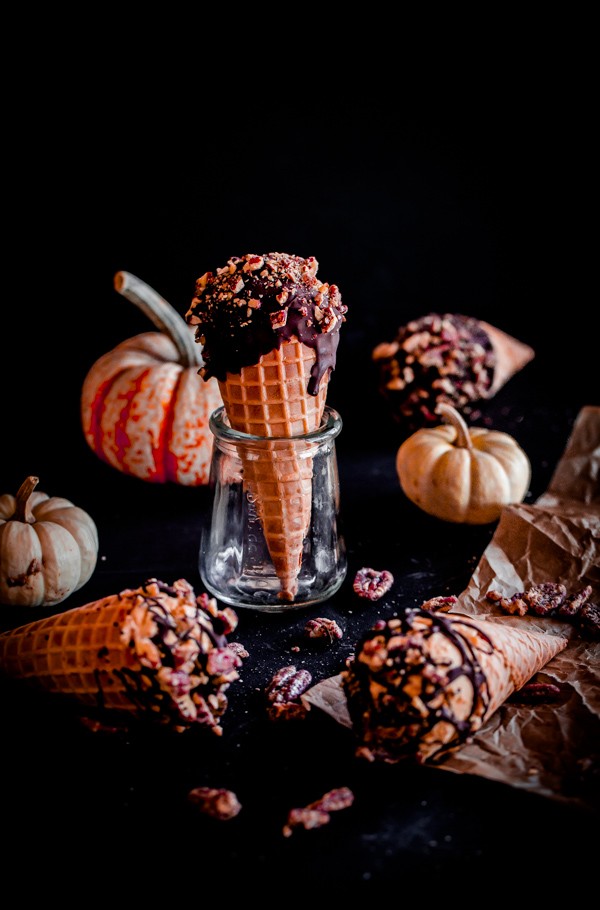 These homemade drumsticks are filled with a homemade pumpkin ice cream, dipped in a dark chocolate shell, and sprinkled with candied pecan bits.

If the name gives you any hints, they were inspired by classic Nestlé® ice cream drumsticks. 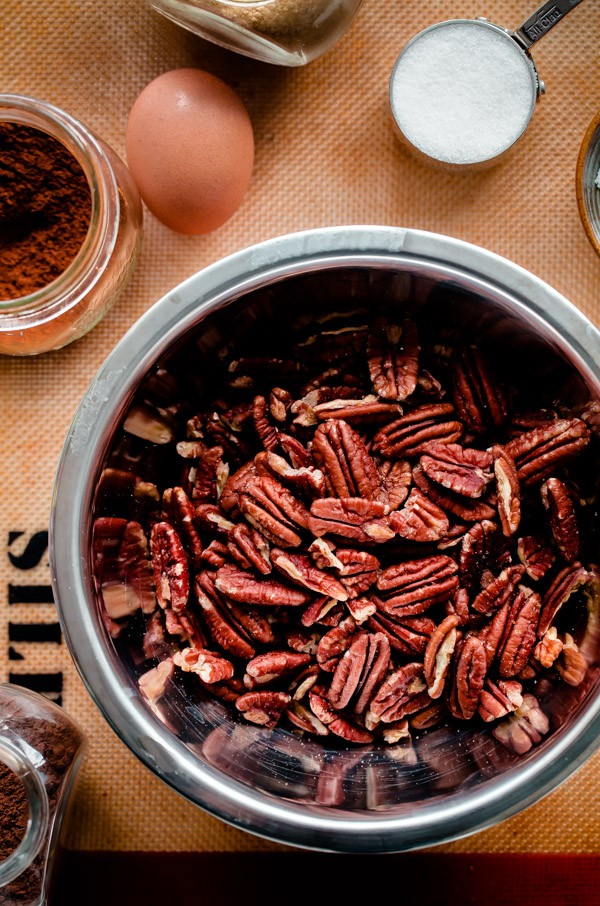 So, let’s start with the most integral part of today’s dessert: the roasted pumpkin ice cream! My version below was slightly adapted from the cookbook Jeni’s Splendid Ice Creams at Home.

If you’ve ever splurged on a pint of store-bought Jeni’s ice cream or visited one of the stores, you know that Jeni makes some of the best ice creams out there. 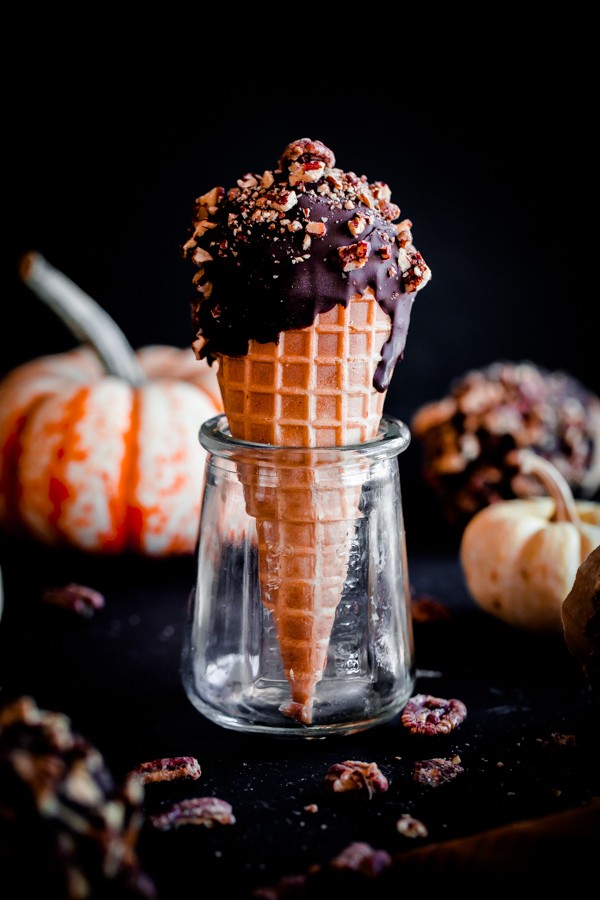 The original ice cream recipe called for five-spice powder, but I adapted the spice varieties so that the ice cream has a more classic pumpkin pie flavor. 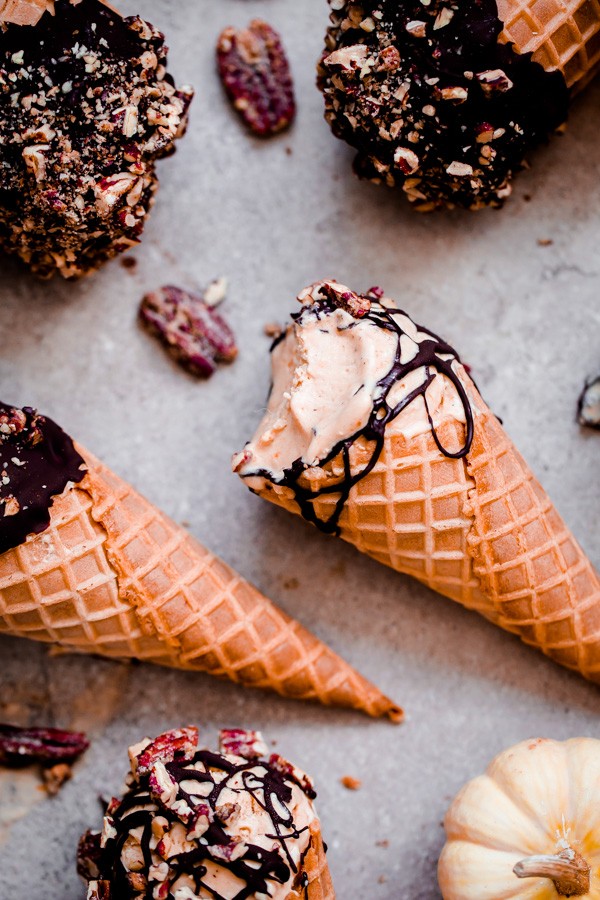 The recipe below makes extra for snacking purposes (you could also bag up the extras and give them to a friend over the holidays!). 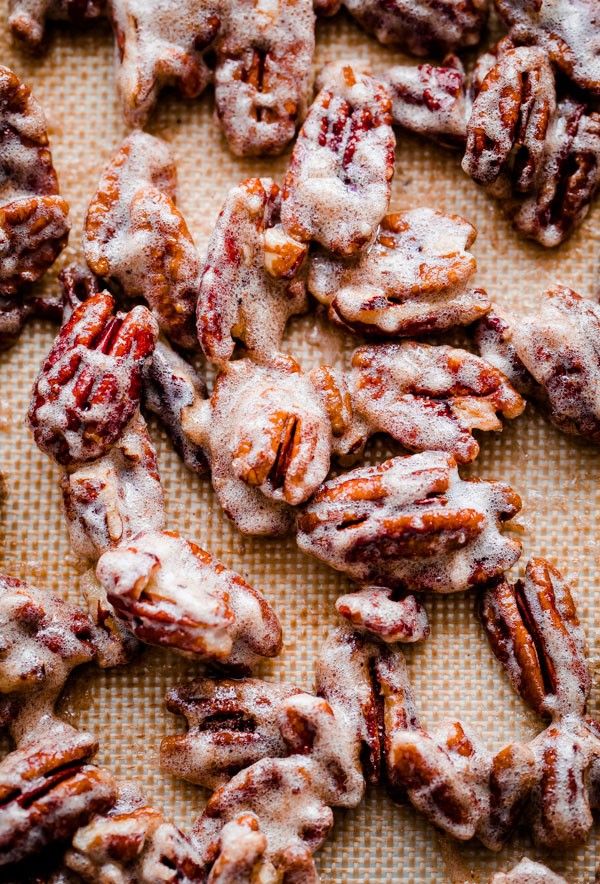 Lastly, let’s discuss the dark chocolate shell coating. It is essentially a homemade version of a ‘magic shell’ achieved by melting semisweet chocolate and coconut oil together. Do not substitute with chocolate chips, as they will not work properly for this recipe.

The coconut oil has the dual effect of thinning down the chocolate and providing saturated fat, which solidifies and hardens when it comes into contact with the frozen ice cream.

B sure to sprinkle the chocolate immediately with the chopped candied pecans! You can either dip the ice cream entirely in dark chocolate, or you can use a spoon and do a fun, drizzled cob-web like pattern. 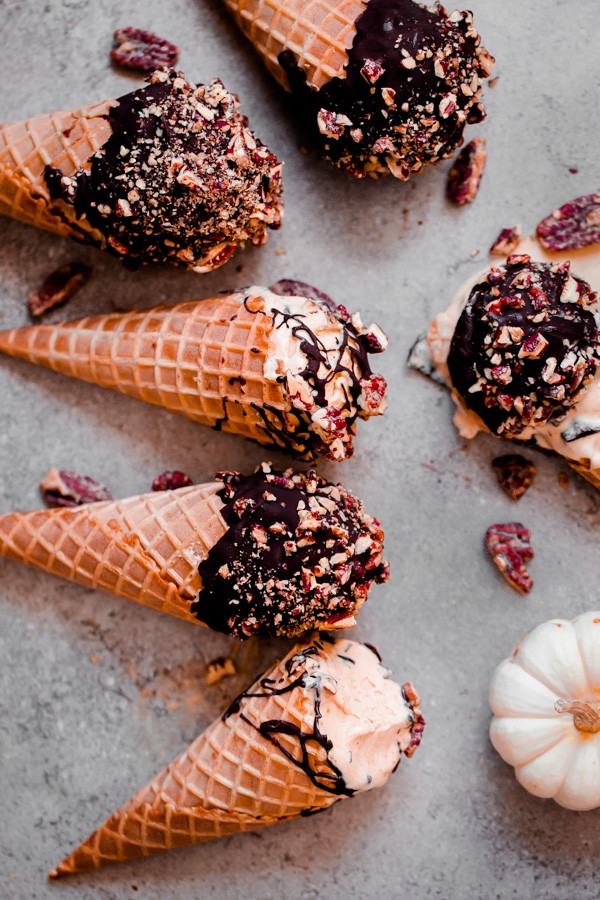 Lastly, I recommend using store-bought waffle cones for this recipe. If you are feeling incredibly ambitious (and own a homemade waffle cone maker), you can absolutely make them from scratch.

If you love the idea of making these, but don’t feel like making everything from scratch, here are a few time-saving tips: 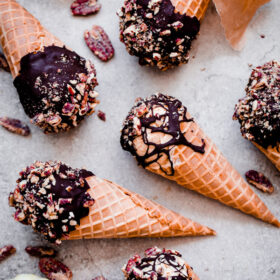