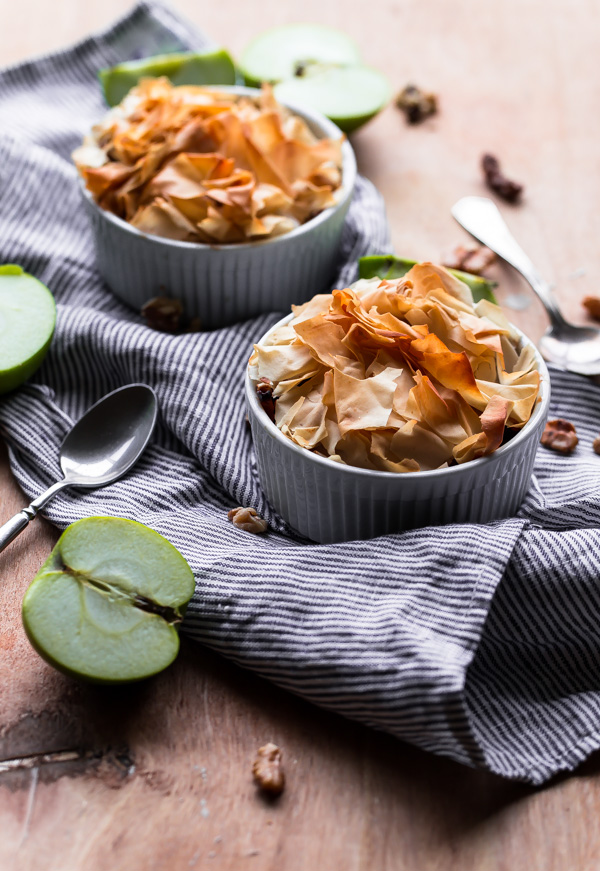 Raise your hand if you hate making pie dough? If you raised your hand, these Apple Walnut Phyllo Pies are for you.

As you can tell, these individual apple pies are topped with phyllo dough in lieu of traditional pie crust. 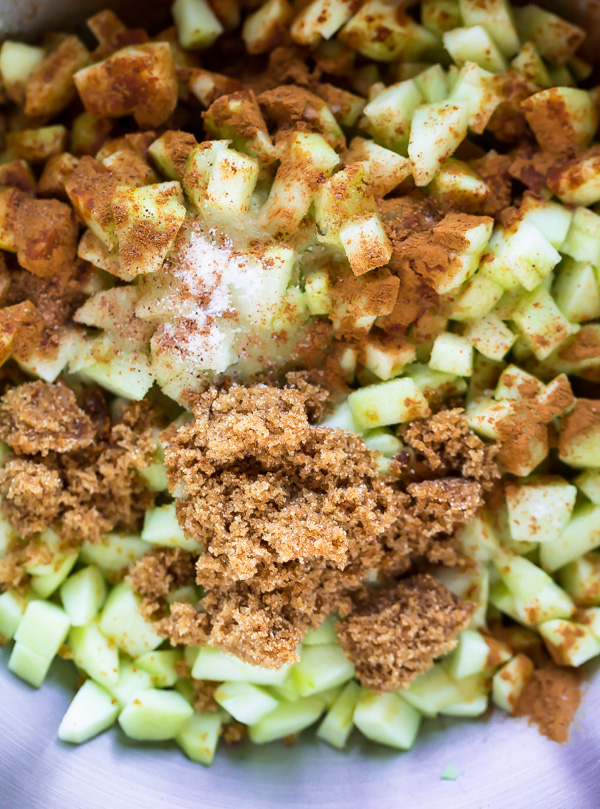 If you’ve ever worked with phyllo dough in the past, you’ve probably come to realize that it can be tricky to work with as it has a tendency to dry and crack easily.

However, tearing the phyllo dough (particularly when you are only using one sheet per individual “pie”, as we do in this recipe) definitely make working with it much easier.

Does phyllo dough taste like pie dough? No, not at all. But it has a lot of texture and is a fun, tasty alternative. It also happens to be very time friendly! 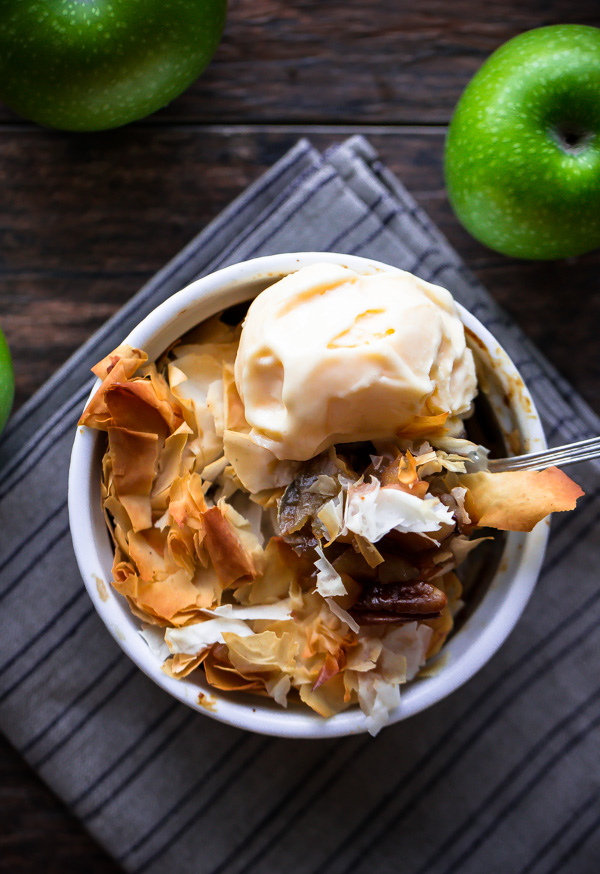 It also makes this recipe very easy to scale up or down. This recipe yields four individual phyllo pies prepared in 8-ounce ramekins. Serve warm and top with a scoop of vanilla bean ice cream! 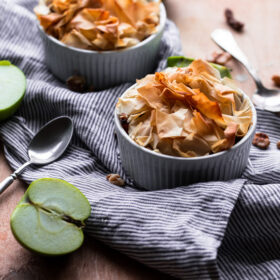