Read more about this mini blog post series here! Or catch up on Part I + Part II! 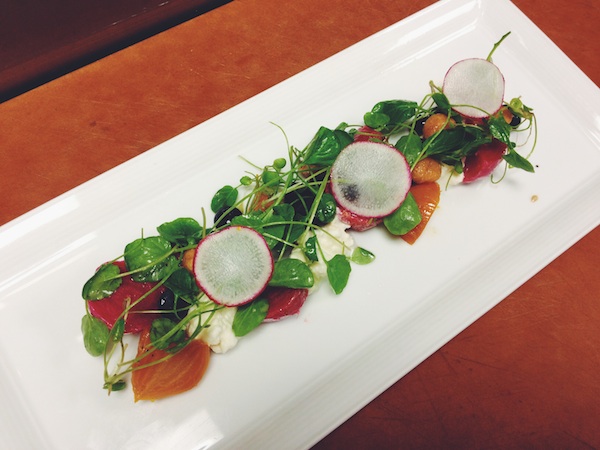 Oh, where to start? This post might be the trickiest one to write out of this entire mini series. It is incredibly difficult to sum up my entire experience working in the restaurant in one post. Nearly impossible really.

But as I already mentioned, it is also something I’ve been wanting to talk about for a long time. I also feel like it is only fair, since I chronicled my entire experience in culinary school, that I also talk about what it was like to go from school to life as a full-time line cook.

After finishing six months of intensive training in the classroom, my classmates and I embarked on a required paid restaurant externship. Our school called this period an ‘externship’ because we were still students and had to complete a certain number of hours but my restaurant considered and treated me as a full-time employee. And I felt the same way. I didn’t feel like a student. 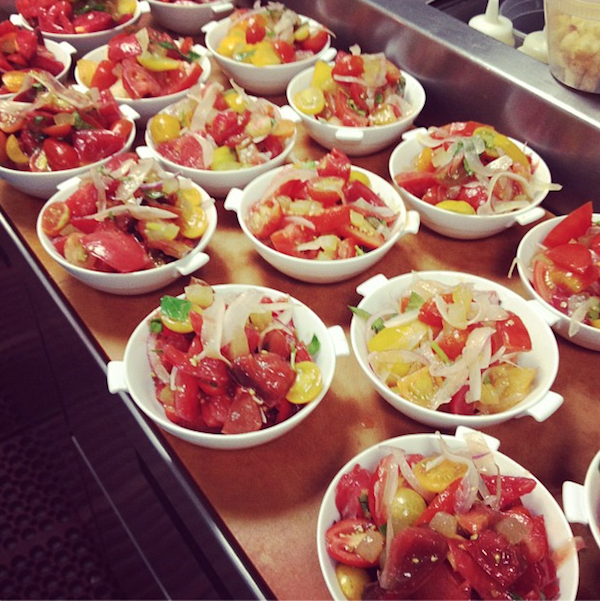 While I was in school, the restaurant externship scared me to death. As contradictory as it might sound, I was fairly confident–even when I enrolled in culinary school–that restaurant life was not going to be for me. I knew it would be an invaluable experience, but I still dreaded it.

As I went farther along in the program, my confidence increased and I no longer worried about whether I would survive my externship. Those worries were replaced with the fear that I would be miserable for six long months. Part of these fears stemmed from pre-conceived stereotypes about the industry, my culinary school instructors (who warned us repeatedly of how ‘cushy’ culinary school was compared to the ‘real world’), and one very bad experience at a restaurant stage (basically a working restaurant interview).

To make a long story short, this particular restaurant’s chef had nicknamed the resident intern shithead. [Spoiler alert: I didn’t choose to do my externship there.] 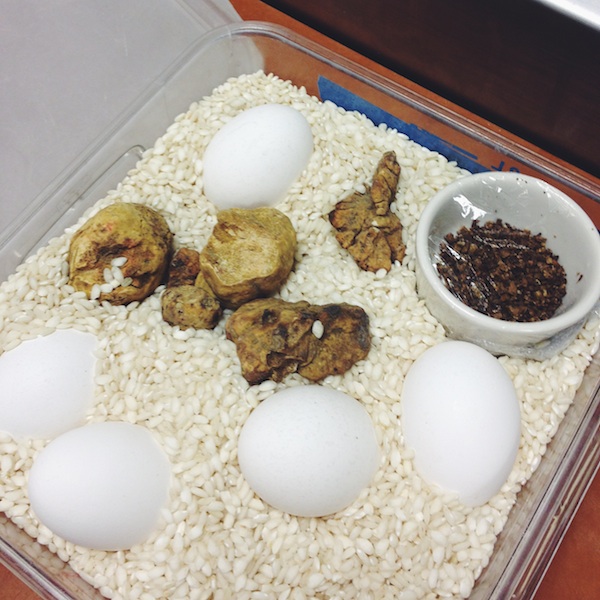 I am happy to say that I ended up choosing a restaurant that broke most stereotypes. The number of women outnumbered the number of men (a feat in and of itself). Cursing and screaming were relatively rare (although they did happen). No one threw anything at anyone (some chefs are crazy). And most weeks, I was scheduled for two days off (occasionally back to back, which is a foreign concept in this industry).

I got to work with beautiful ingredients every day. [i.e. fresh white truffles! (see above)]

I learned how to do things that we never even discussed or touched upon in culinary school. I had the opportunity to work on multiple stations (pastry, cold appetizers, and the hot appetizer/pasta station), was considered part of the team, and my chefs were invested in my education and future.

There were many, many amazing experiences that I will never, ever forget. And a few that I still can’t believe even happened. Like that time I made dessert for Hillary Clinton (P.R.E.S.S.U.R.E), and put together homemade Caesar salad when we got an unexpected late-night visit–and menu request–by the Lakers starting basketball team. 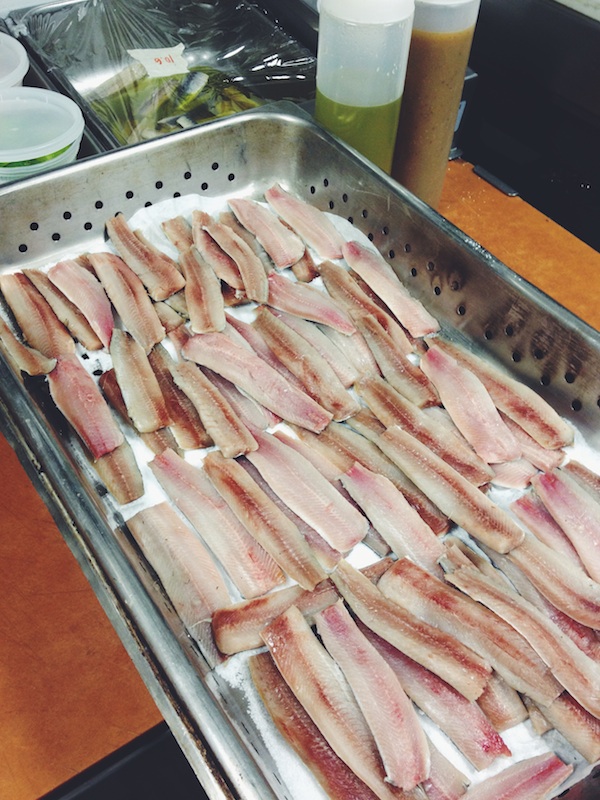 Well, here’s the part where I mention the crappy, not-so-great aspects of restaurant life.

I started my externship at the end of May, 2012. Culinary school kitchens are warm, but nothing and I mean nothing compared to restaurant kitchens in the middle of summer. There is nothing more unpleasant than working 12 plus hours in 95+ degree heat (without sitting down once). Except working 13-day work weeks (which happened to me once and that was enough for me) and being called in on your one and only day off.

I was constantly drenched in sweat.

Despite having a relatively ‘normal’ schedule, I had very little energy on my days off. I rarely felt like cooking in my down time (in fact, I avoided it for the most part). And most of my days off took place during the week, so I rarely had the opportunity to see my friends and family with “normal” jobs. Connor and I also worked opposite hours of the day.

I expected this, but traditional holidays lost all meaning. I have a ridiculously huge amount of respect and admiration for people in the industry that sacrifice everything and work on days when most of us get to relax, and enjoy time with our friends and family. [I have even more respect for restaurants that choose to close on major holidays because well, yeah.] 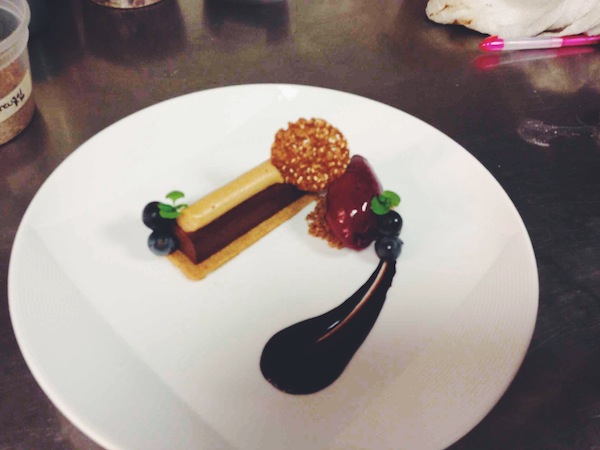 Despite it being a positive experience (for the most part), at some point during my time at the restaurant, it became more and more apparent to me that although I loved the creative side of being in the kitchen, my heart just wasn’t in it for the long-haul…

More to come in the next installment!

This post contains affiliate links, which means that I make a small commission off items you purchase at no additional cost to you. Please read my privacy policy for more information.
« Previous PostFresh Mint Ginger Lemonade
Next Post » Almond Olive Oil Cake with Brown Butter Glaze

8 Comments on “Reflections on Restaurant Life”