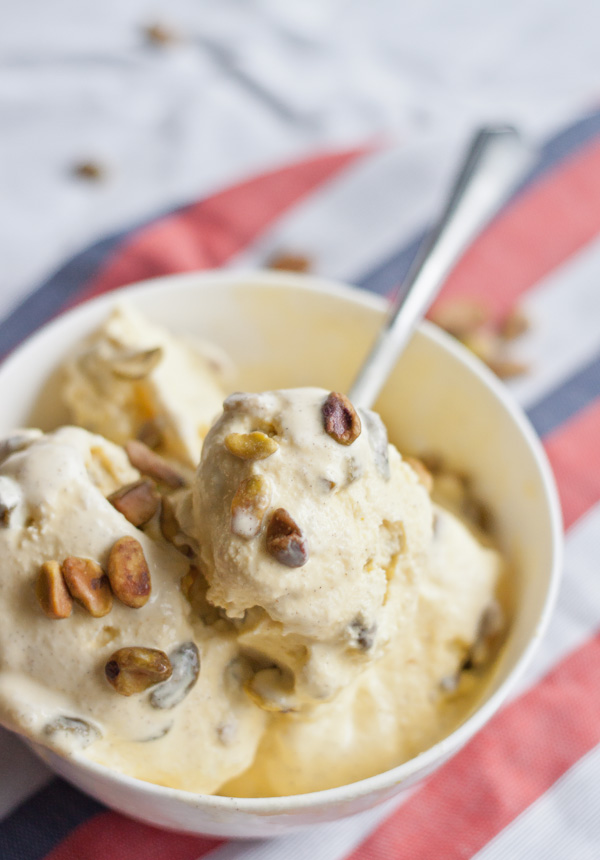 I know what you’re thinking.  Did she really just make another ice cream?  Why yes, yes I did.

I promise guys, I really tried to resist the heavy cream this week (after all, despite how it may appear, I rarely buy the stuff), but this saffron ice cream absolutely had to be made. You will love this unique ice cream recipe! 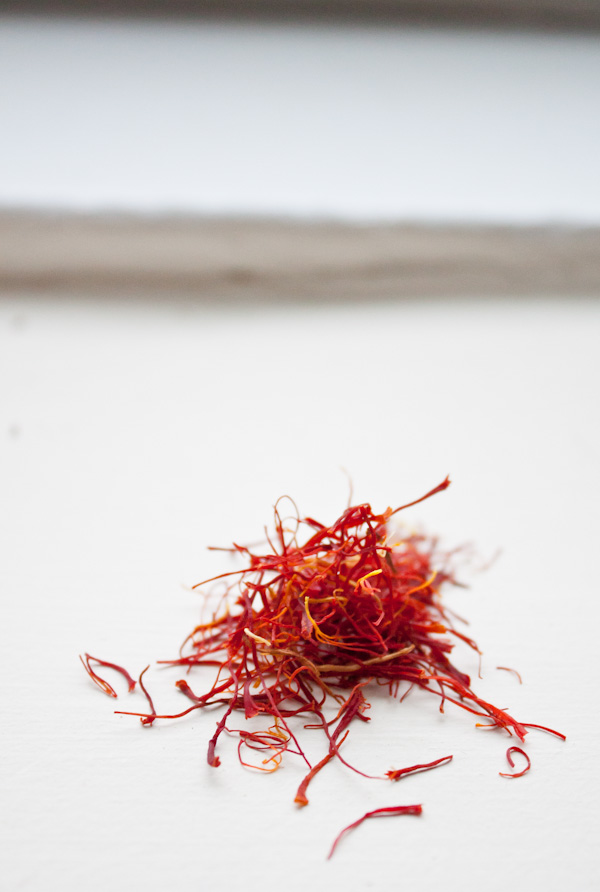 The saffron is definitely the star of this ice cream. If you’ve never used saffron in sweet applications, this recipe is a great starting point. A little bit goes a long way. It lends such a distinct warmth (not to mention, beautiful golden color) to everything it touches.

The cardamom and pistachios are the supporting acts, if you will. The ice cream could definitely hold its own without them, but they work so harmoniously together.  Plus, anything with cardamom makes me swoon. One of my favorite spices.

Don’t be surprised if you see a lot more of it around here come fall.  I’m {not} sorry. 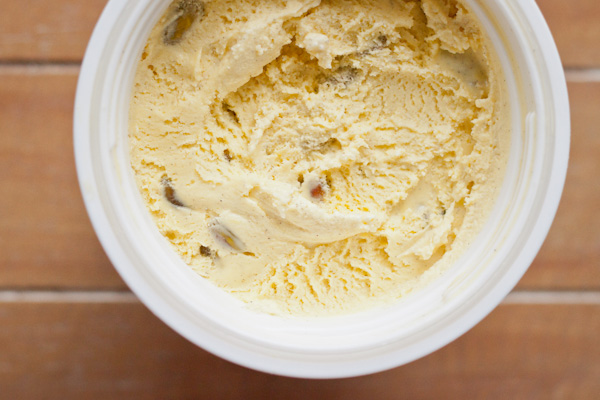 Saffron is a difficult spice to describe: a fact that I’ve become increasingly more aware of since I’ve written this post.  This is pretty ironic considering I wrote a five-page paper about it in culinary school.

A lot of people describe saffron as “hay-like,” earthy, and bitter, none of which sound all that appealing (at least, to me).  Pretty unfortunate considering just how amazing it is.

Here’s a fun factoid instead!  Since each saffron flower can only produce about twelve saffron stigmas, it takes roughly 50,000-75,000 saffron blossoms to produce roughly a pound of dried saffron threads. Did I mention that all of this is harvested by hand?  Hence, the hefty price tag. 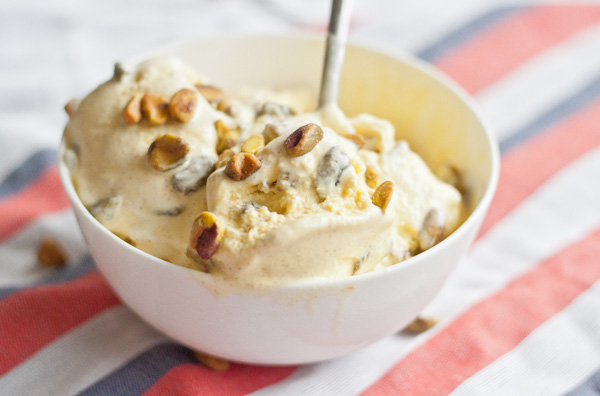 This lovely saffron and cardamom ice cream was discovered in a August 1993 issue of Gourmet magazine–not to mention, given a prime spot on the very front cover (second from the left).  The recipe was part and parcel of a feature on uncommon ice cream flavors with an exotic touch.

But the issue was now more than twenty-years old.   How exotic could they really be?  Especially in a day and age where jalapenos were considered hard-to-find.  As I was turning the pages, I was expecting to discover something pretty comical (vanilla?).  Instead, I was totally surprised to discover all sorts of crazy flavors in there, including a black pepper ice cream that involved two types of peppercorns, allspice, and balsamic vinegar! 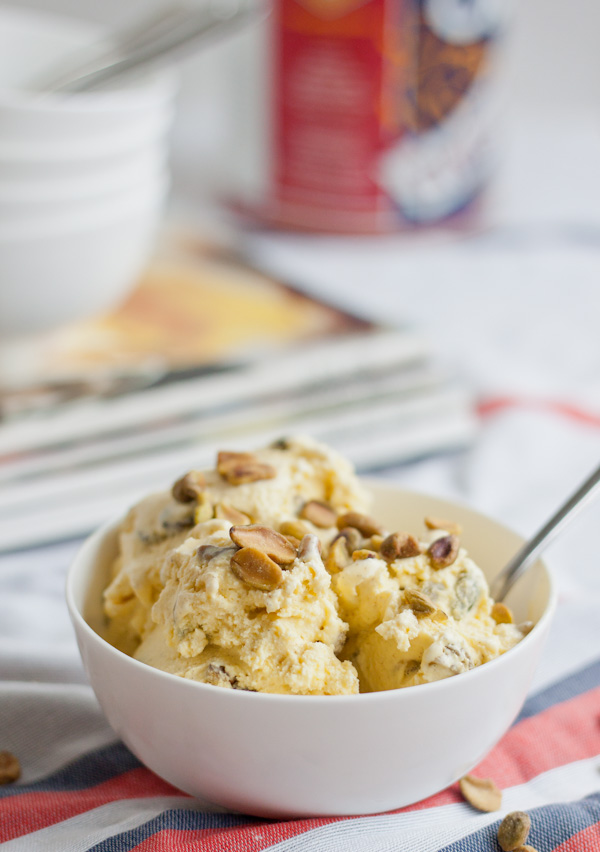 But in the end, I couldn’t help but be drawn to this saffron and cardamom creation.  Perhaps it was the cardamom or the fact that I already had all the ingredients on hand.

I ended up upping the saffron amount just a tad, halving the recipe, and increasing the amount of pistachios.  I’m happy to report that I absolutely loved it–and here’s hoping you do to!  Enjoy. 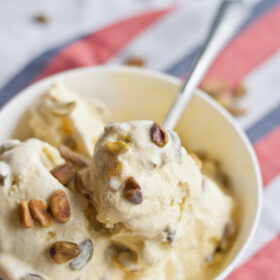