subscribe via rss via email
All Recipes » Cuisine » Asian
60 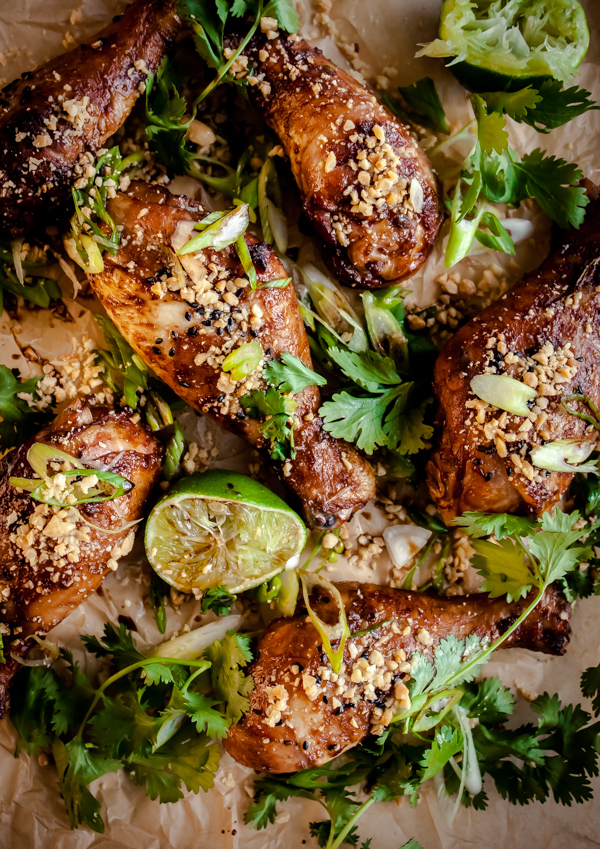 So I may or may not have smashed an entire bottle of sriracha on my kitchen floor while making these.

I can practically hear you saying, “But those bottles are made of plastic?” Why yes, yes they are. And yet somehow I was still able to smash it directly on the dispenser spout. 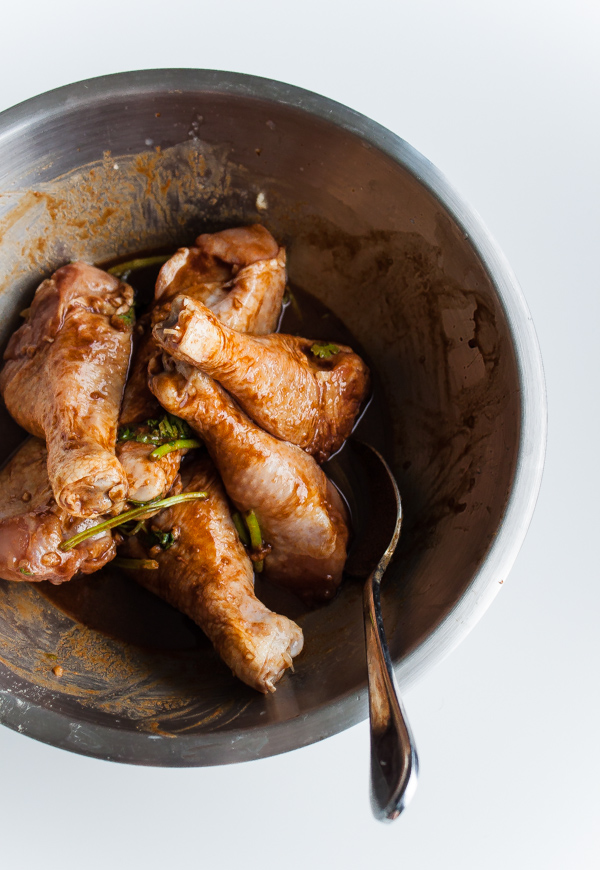 It was painful. I was wiping splattered sriracha off practically every surface within a ten foot radius. Every kitchen cabinet crevice. Did I mention that I had just bought that bottle less than 24 hours prior to this…incident?

I also woke up the next morning to discover dried sriracha on my foot. 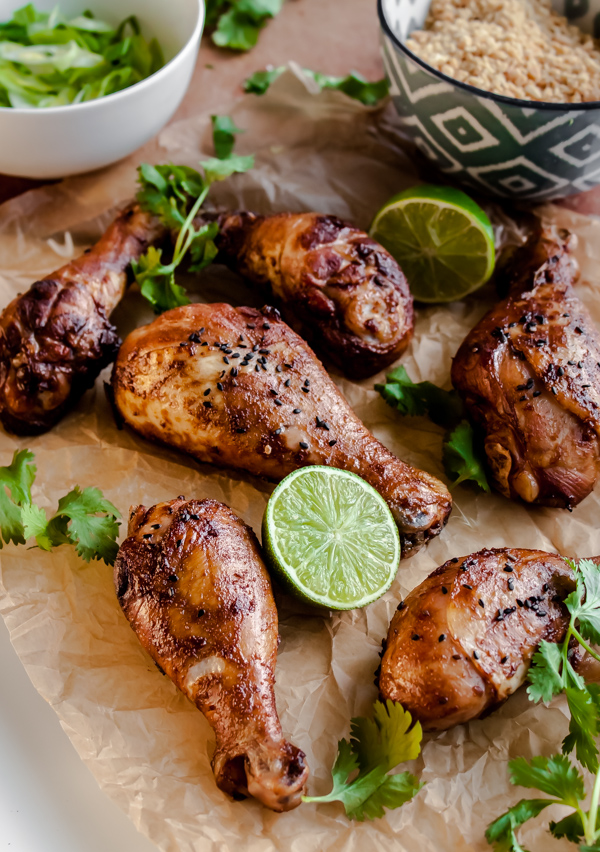 These spicy peanut ginger drumsticks were definitely a labor of love. Literally and figuratively.

Baked drumsticks can be a bit tricky. If you don’t marinate them long enough or season the marinade aggressively, you can end up with lackluster flavor. Or worse, all the deliciousness is on the outside and the inside is bland and flavorless.

And that is never a good thing. 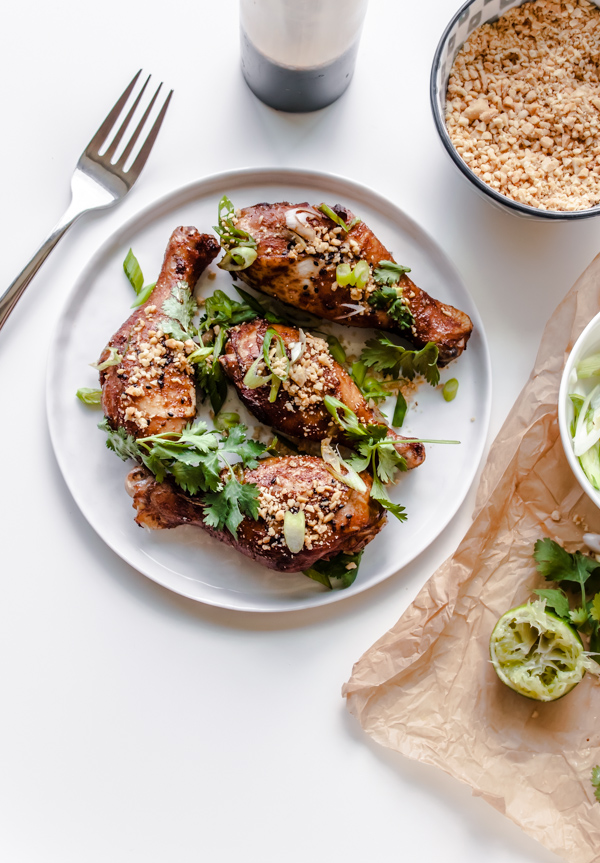 These drumsticks are far from bland due to two important steps: a) they are marinated for over 24 hours (this is crucial, 2-3 hours is not nearly enough), b) they are baked in the marinade, which results in a thick , glazes and contributes to the overall flavor even more.

Bonus? You can prep these the night before and have dinner ready on the table in less than 40 minutes.

They have a lot going for them. I had to play favorites when it came to naming the dish, but all of the ingredients are equal players. Lime, ginger, black bean garlic sauce, soy, peanut, sesame oil, and spicy sriracha. The list goes on and on. Then I went crazy and topped them with more crushed peanuts, black sesame seeds, scallions, cilantro and even more lime juice. 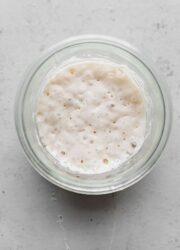 How to Revive Dried Sourdough Starter

How to Revive Dried Sourdough Starter