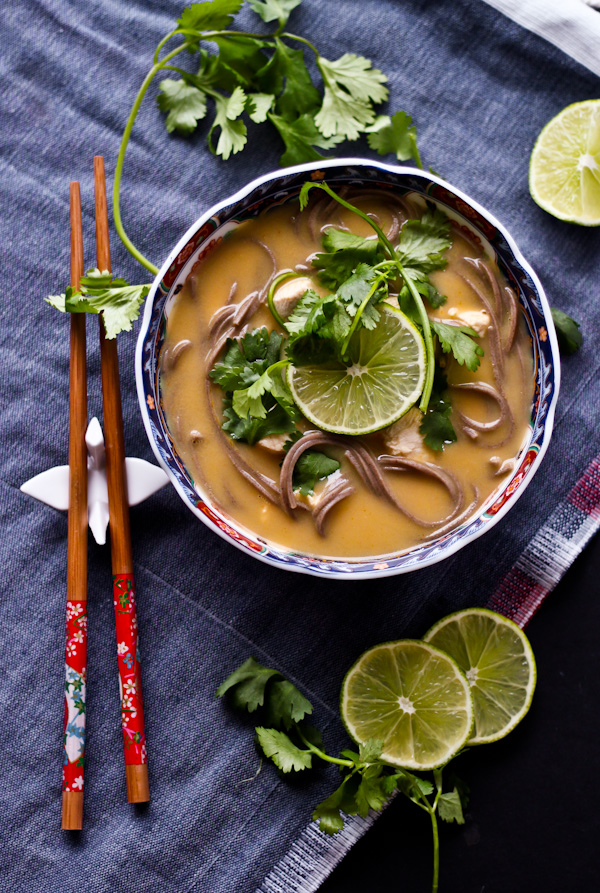 This Thai Coconut Chicken Noodle Soup is all about the infused broth. 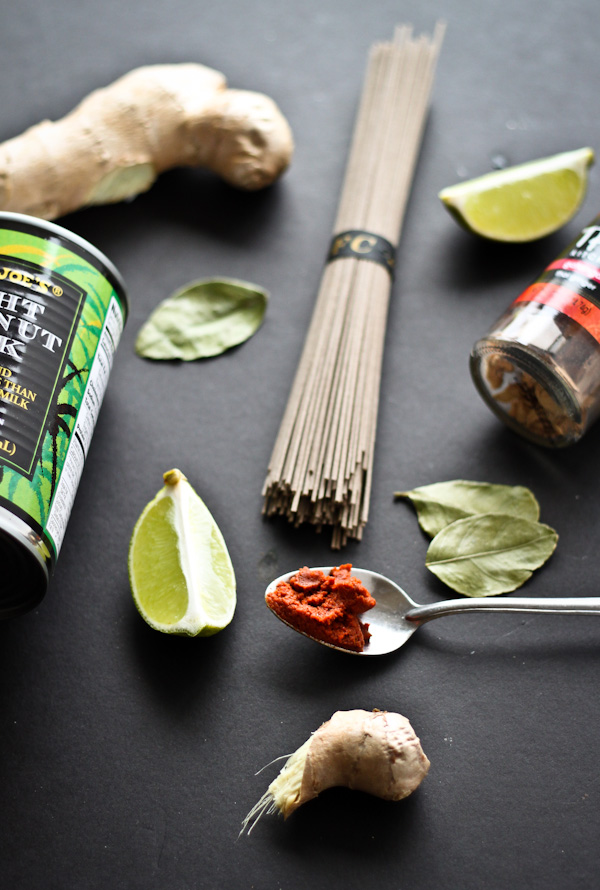 After visiting a great Thai restaurant in DC over Christmas, I’ve been wanting to make a Thai-inspired soup. This is what I came up with. 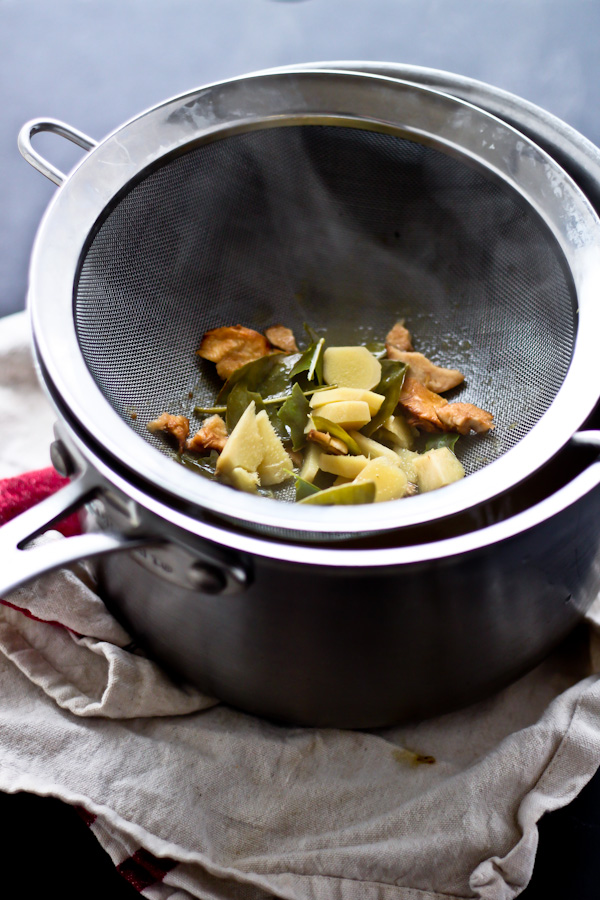 This recipe is a very, very loose interpretation of the traditional soup, Tom Ka Gai.  I cannot stress the word loose and roughly inspired enough. This is not traditional by any means. 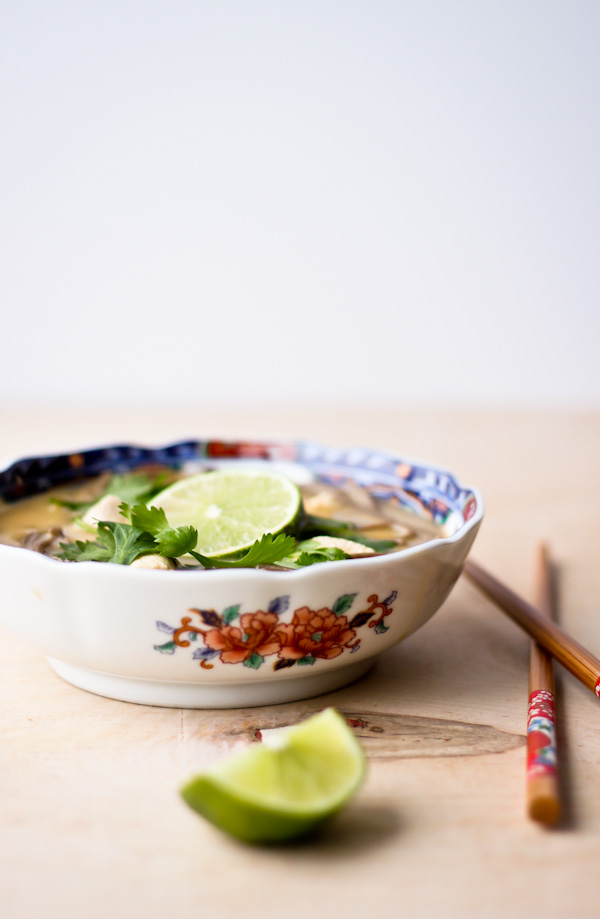 Since this soup doesn’t include all that many ingredients, I strongly urge you not to substitute or leave out any of the ingredients.

Fresh kaffir lime leaves and dried (or even better, fresh!) galangal, an Asian aromatic root similar to ginger, can be found at Asian supermarkets and some Whole Foods locations. 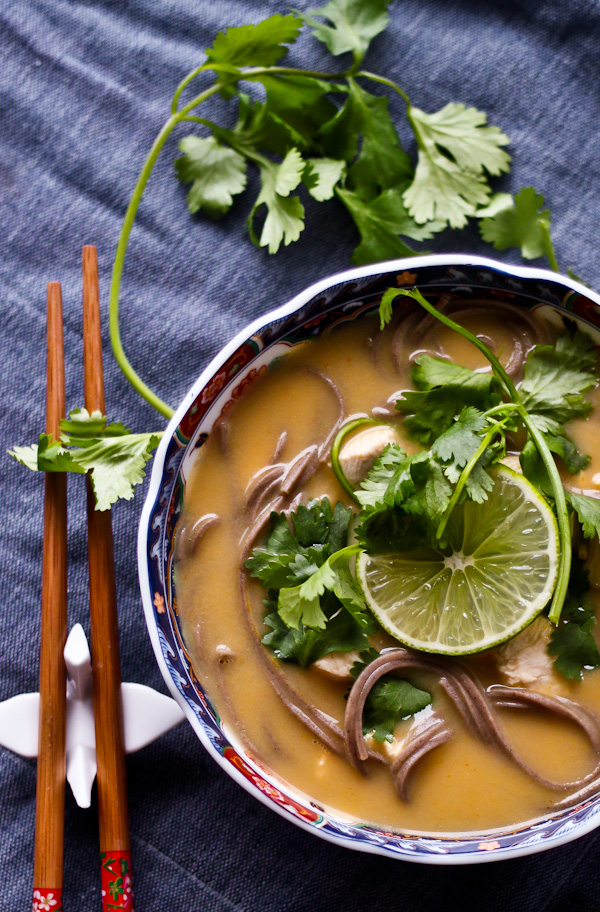 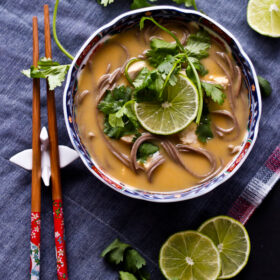