Now that I have officially had my last day at school, I thought it would be fun to share a list of some things I’m looking forward too (as well as things I’m not looking forward too) over the next six months as I embark on my restaurant externship.  It started off as a list of 10 things, but I had to add a few more on at the last minute!  Hopefully at some point down the road, I’ll update you all on this list and see if its holding true to my original expectations!

1) Making food for real customers. As terrifying as this sounds to me, it is also pretty exciting and cool that will going from having just started culinary school 6 months ago to working in a restaurant where I will be immediately responsible for plating dishes for real paying customers. As someone who loves going to restaurants, it’s cool to know that I will be behind some of the dishes being served to people (just like me!). 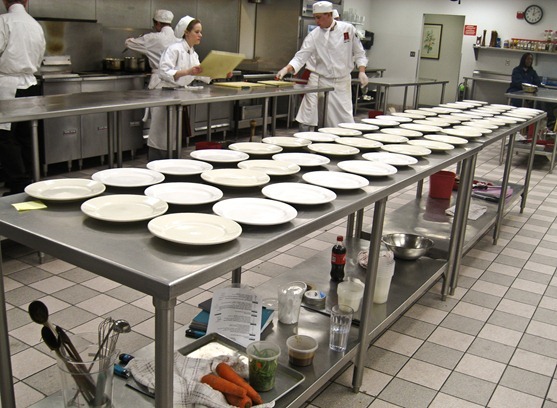 2) Practical tests. These were probably the things I stressed out most about while in culinary school. I’ve always gotten anxious about tests throughout my life and I won’t miss not having to worry about the upcoming one. Granted, every day at my externship will probably feel like another kind of test…but I’m going to avoid thinking that way to save myself a lot of stress.

3) No more commuting. As much as I’m thankful that my 20 mile commute to school every morning and afternoon hasn’t been nearly as painful as I thought it might have been before I started, I am grateful that I will no longer be dealing with DC’s completely unpredictable and frustrating traffic. Then again, DC’s metro system also has it’s faults, so we’ll see how long this one lasts…

Oh yes, and also not having to wear neckerchiefs anymore…  They are not flattering and neither were those hats, as evidenced by the picture below. 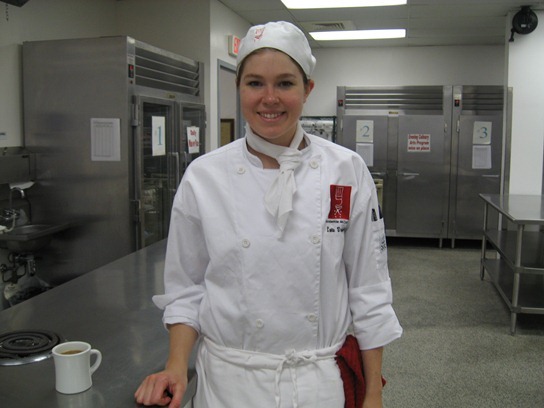 4) Making money! Granted, it’s not like I’m suddenly going be rolling in it (understatement of the century), but it will be nice to start seeing some deposits in my bank account, as opposed to withdrawals only.

5) Breakfast. Breakfast is not an appealing meal before 6 am. Which is unfortunate because I love eating breakfast. This might be a stupid one to add on…but I will enjoy being able to have (somewhat) leisurely breakfasts each morning before I head to work. 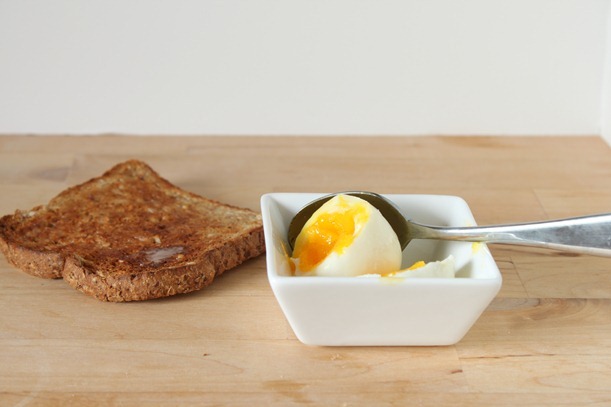 6) No more early morning wake-up calls. That’s right, I will no longer be getting up at 5:30 am every day to go to school. That alone puts a smile on my face. As much as I love how productive I feel when I wake up early in the morning, I don’t go to bed nearly early enough to make it not a struggle. 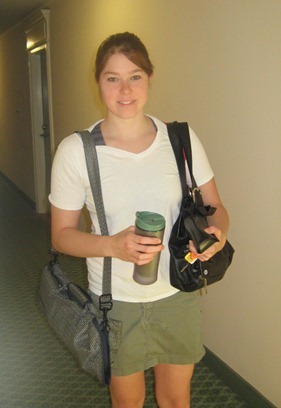 I look a little tired, no?

Things I’m Not Looking Forward Too…

1) Saying goodbye.  It has been just 5 days since we officially ended school and I already miss seeing everyone (a lot)!  Spending 40 hours a week (for 6 months) with the same 9 people will do this to you.  Thank god for texting and Facebook updates. 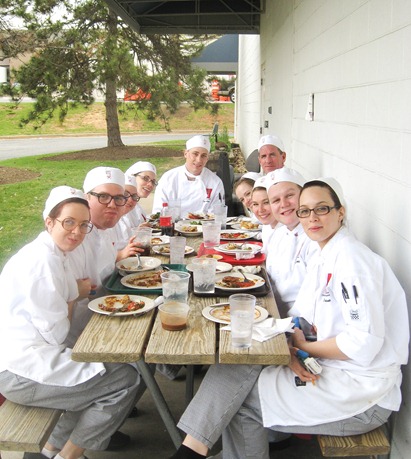 2) Dinner.  Or lack thereof.  I realize this is kind of repetitive/contradictory since I just explained that I would be looking forward to enjoying breakfast every morning, but I am sad that I will only be eating dinner at home with Connor or family/friends no more than twice a week.  Clearly, I value all meals of the day.

3) Not having a life. This sounds pretty cynical, but I’m sure it is going to be very close to the truth. Working at night, long hours on your feet, and not having normal days off will definitely make it hard to be able to stay in touch with people. As our instructors are always saying, “The people you work with will become your new family”—which hopefully will feel true sooner than later! If I’m going to be working my butt off, I want to be doing it with people I enjoy working with, that’s for sure.

4) No more three day weekends.  This was definitely a major perk during culinary school and something I probably got way too comfortable with.  It will definitely be an adjustment to go to a schedule where my days off will most likely not fall back to back or on a regular weekend day (although in this first week, I learned I will have tomorrow & Saturday off–so who knows?!).

5) Real world.  No more grades to tell us how we’re doing and no more hand-holding as we go through the process.  Granted, our school has been very honest about what to expect, but it’s still going to be hard to leave such a supportive learning environment. 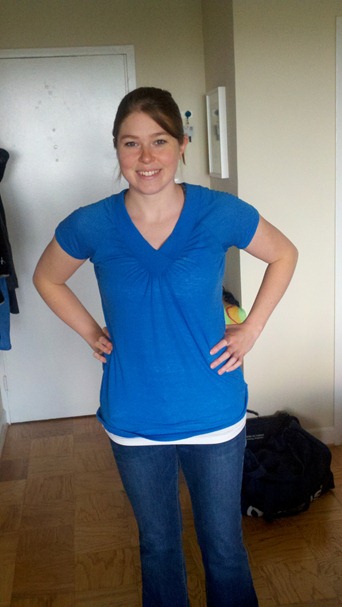 Headed to work for my first shift…

6) Working in a kitchen during DC summer.  I’m not sure this one needs more elaboration and so far, it’s holding pretty true.  Apparently the 100+ degree days are already upon us this summer.  I am constantly sweating. The end.

As always, thanks for reading and following along!  Be sure to look out for a new recipe post over the next day or two!

This post contains affiliate links, which means that I make a small commission off items you purchase at no additional cost to you. Please read my privacy policy for more information.
« Previous PostLast Week of Culinary School
Next Post » Summer Couscous Salad