Sorry for being very absent this whole week!  I still am in a little bit of shock that we just finished our last week of school.  I have a feeling it won’t sink in entirely until Tuesday morning, when I would normally be heading to school… 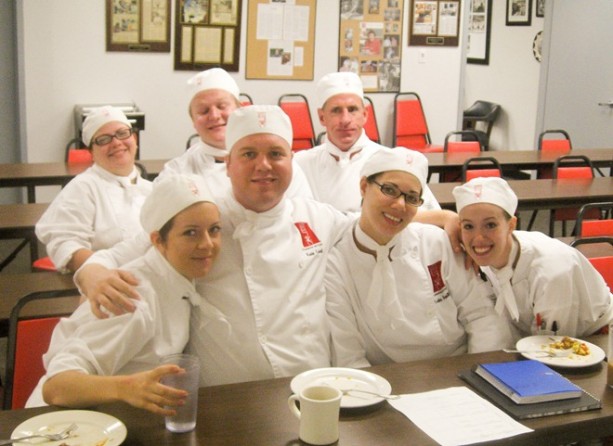 This past week was eventful and very bittersweet.  Instead of spending the week doing normal production, we actually worked and made all the food for the graduation buffet (for the previous classes before us, which have finished up their externships) on Friday.   Since we did not have demos in the morning, we all got to sleep in a bit later than usual and also use some time before class to make breakfast for each other, which was fun.

We made everything from a traditional Salvadorian breakfast to crepes, to French toast and eggs. 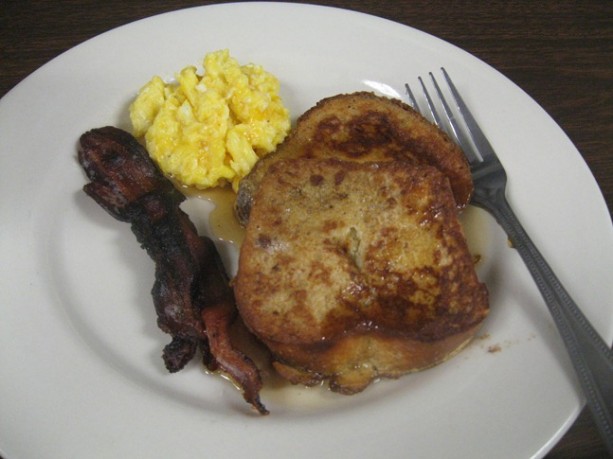 On Tuesday morning, we learned the menu for the buffet and individually volunteered for different dishes.  I ended up working on the potato salad dish, which meant Tuesday was mostly spent peeling about 60 Idaho potatoes and cutting them up into small pieces to cook on Wednesday.

We were expected to feed about 250 people total on Friday, so we had to make large batches of everything. 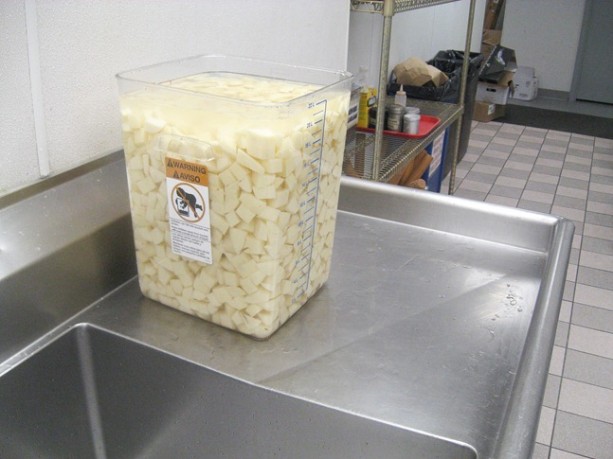 In addition to our dishes, we also worked in teams to prepare a marquetage, which are basically displays that we designed and put together using aspic (instead of consommé, we used water and gelatin, so basically an flavorless jello).

To prepare them, we used large pieces of glass (round or rectangle), sealed the edges with homemade play dough, and poured in liquid aspic, which we then allowed to set in the fridge.  We were allowed to make whatever design we wanted, which required using stencils and cutting out the shapes, before then filling them with different colors.  We obviously broke up these steps throughout the week.  Hadley, Tasha, and I ended up working on the following roast beef platter (Tasha seared and roasted all the meat, and I ended up slicing it all the day before).

We then assembled it all day of the buffet… 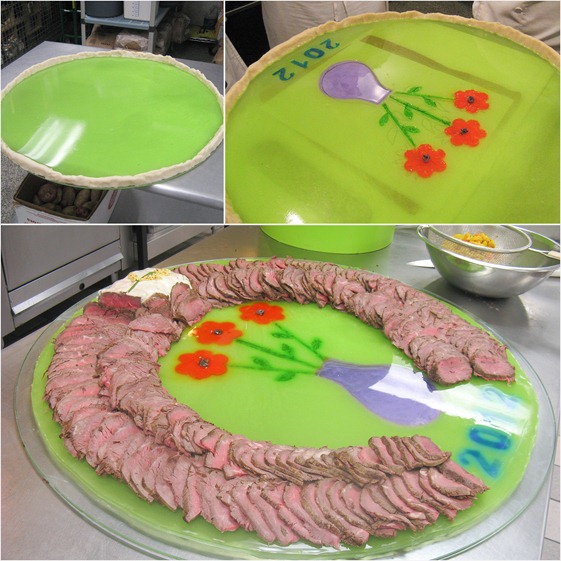 Here are a few others that my classmates put together:

For the following dish, they fileted whole salmon and put salmon mousse between the two filets, poached it all, and then garnished it with very thin slices of cucumber and radish.  It looked very cool! 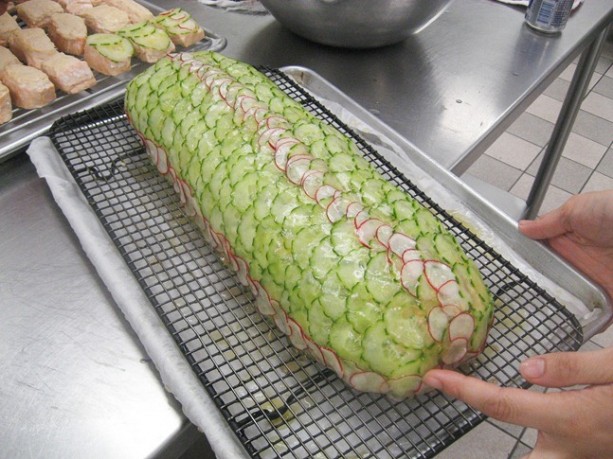 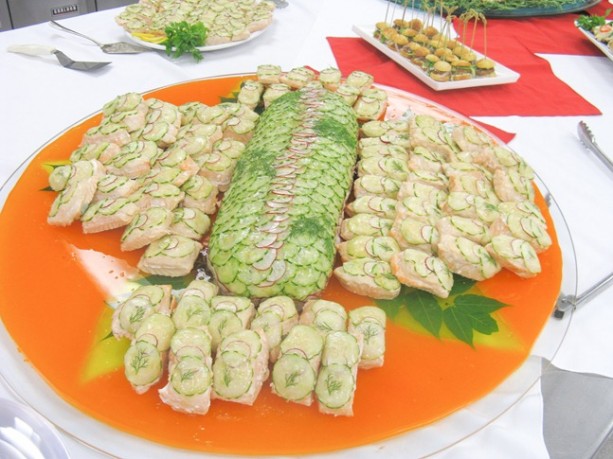 The platter below were baked chicken drumsticks and thighs, which were then brushed with a mixture of aspic/mayonnaise and decorated with “carrot” flowers.  It sounds really bizarre, but this platter disappeared really quickly on Friday. 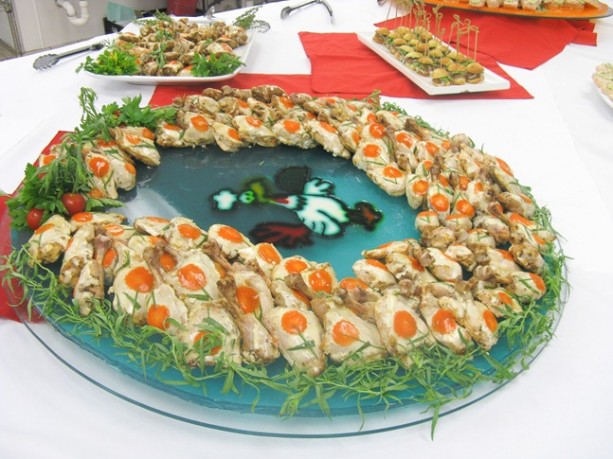 And here is one of the main platters of potato salad that was put together: 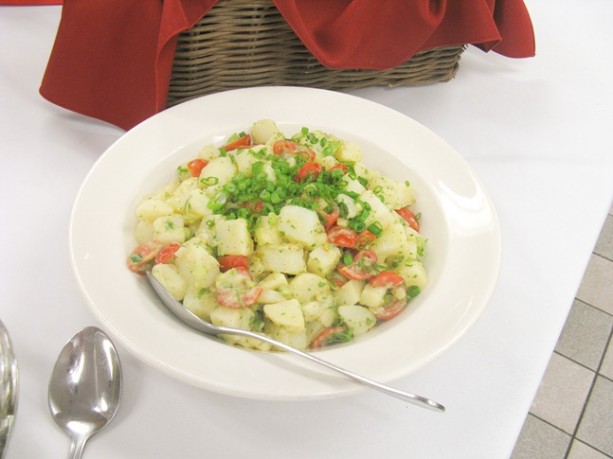 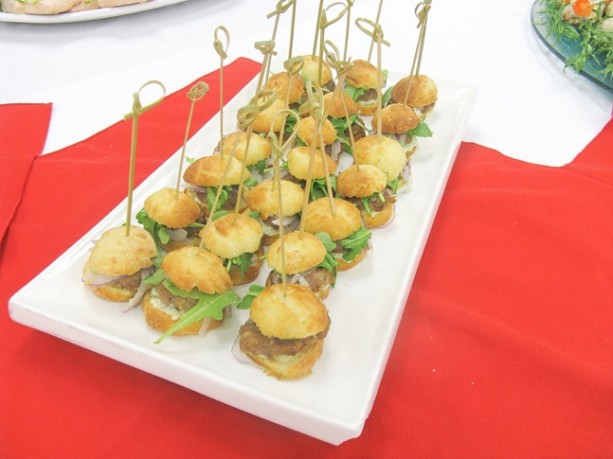 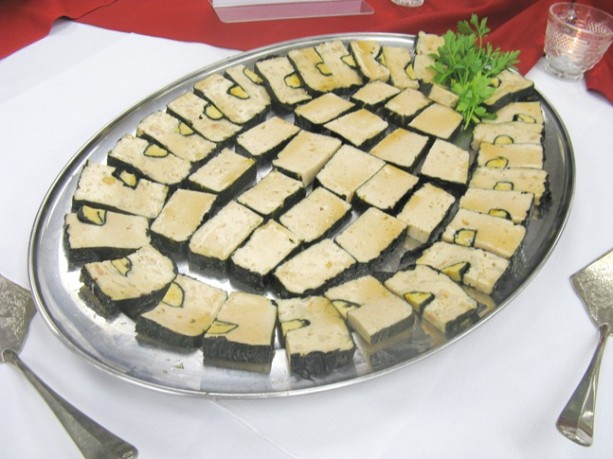 And there was also a huge dessert buffet made by all the pastry students. 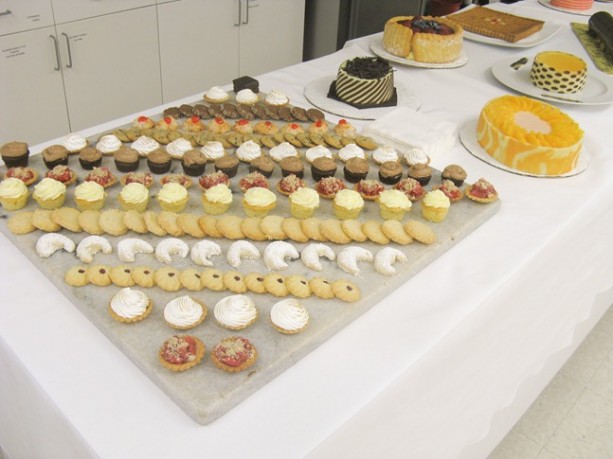 There were many other dishes we made, along with canapés, including salt cod croquettes, smoked salmon roulade with goat cheese on brioche toasts, duck pate, and egg rolls (made by the one and only Chef Somchet). 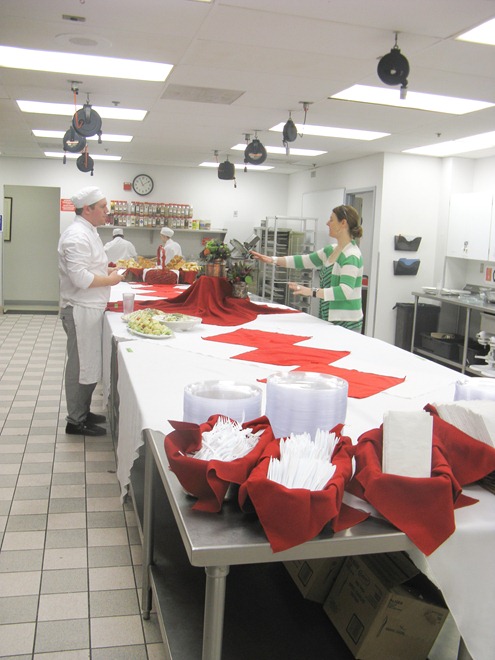 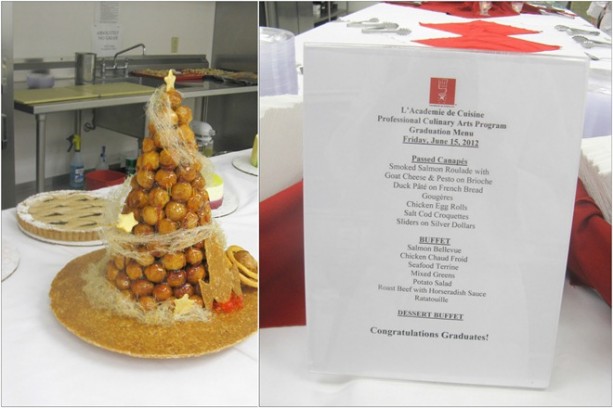 In addition to the buffet production, we had a cooking demonstration on truffles and foie gras (I had never had it before, but as it turns out, I am not a fan).  We also got our binders for Phase III (the externship), for which we will have to turn in a few assignments during the next 6 months. 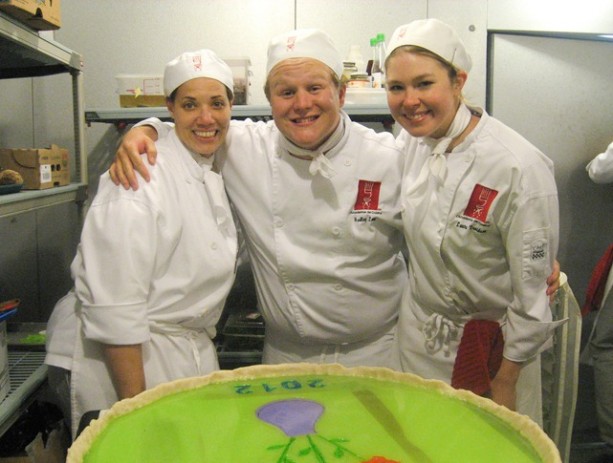 At the end of Friday, I think we were all a little bit in disbelief that it was over.  After some sad goodbyes to our chefs and each other, we all headed home to gear up for our restaurant externships, which officially start tomorrow!  I honestly have no idea what to expect in the next 6 months, but I truly believe we have all been prepared very well for it, even if it might be very tough for the next few weeks as we make the transition…

Thanks again to everyone who has been following along (either from the very beginning or just recently) as I’ve written about culinary school!  I’ll be sharing more about my externship in the next couple posts…

This post contains affiliate links, which means that I make a small commission off items you purchase at no additional cost to you. Please read my privacy policy for more information.
« Previous PostDay 88: Radicchio salad, Ballottine, & La Jalousie
Next Post » Twelve Things