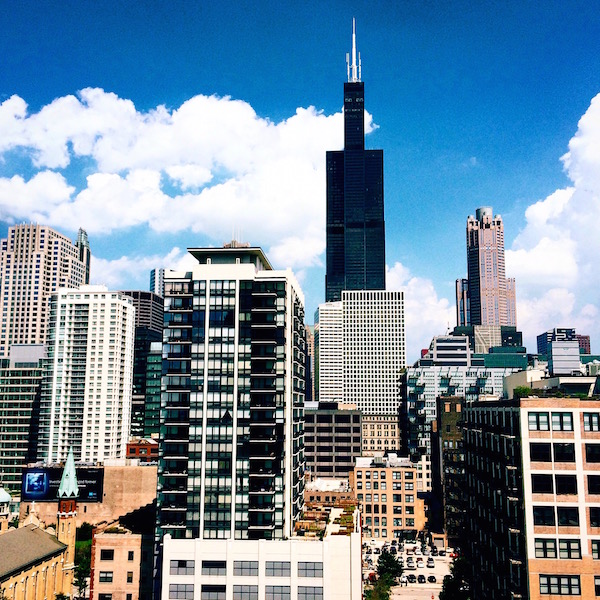 We’re only a few days away from two full months as residents of Chicago! I can’t really believe it. Truth? Sometimes I forget that I live in the state of Illinois. It sounds absurd, but it’s the honest truth. My eye will catch the corner of my Illinois driver’s license in my wallet while I’m in line at the grocery store, and I’m forced to take a second glance to believe it.

The other day, I was organizing a work-related phone call and planned it for EST time. I realized the next morning. {Shakes head} 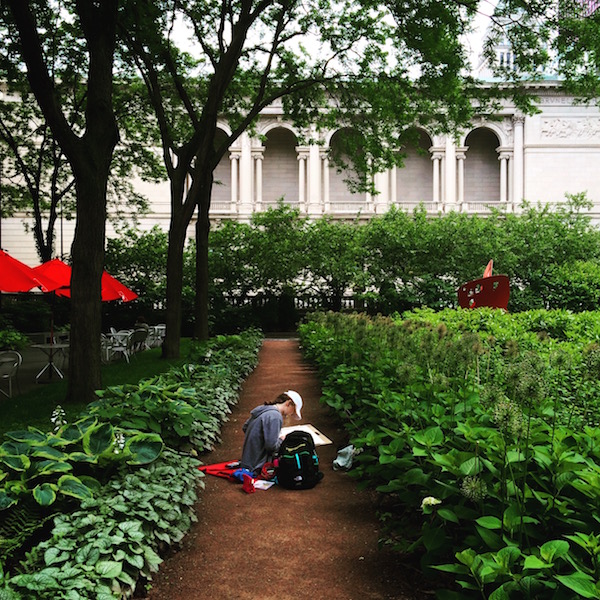 Gardens at The Art Institute

These past two months have flown by. Part of me feels like we have lived in Chicago for a long time. The other part of me feels like we’re moving back to DC in a few months. Even now, eight weeks later, it feels very strange to think that we will absolutely (without any doubt) be living here for the next five years.

Our apartment is completely settled, we’ve explored the city a lot, and we finally have a routine in place. It hasn’t all been rainbows and butterflies though! I definitely had a mini identity crisis about one week into the move. I felt out of sorts. A combination of realizing we didn’t have our close friends and family nearby, and fully coming to grips with the craziness of the past year: the anticipation of the residency match process, planning a wedding, finding an apartment, our crazier-than-expected honeymoon, and finally packing and moving. There were no big moments (or distractions) lingering in the horizon, and it felt very strange.

It also didn’t help that June was apparently the wettest June that Chicago had experienced in almost a hundred years, and it felt like it was either raining or depressingly cloudy almost every single day for the first two weeks.

With that said, I’m completely relieved that life has settled down. I finally feel like I can focus. It’s a good feeling.

Our new neighborhood in the West Loop

One of the things that has absolutely helped with the transition to Chicago is our new neighborhood! We live in the West Loop area, and we can’t say enough good things about it. We are literally surrounded by incredible restaurants, coffee shops, farmer’s markets, grocery stores (even a local fish market!), and are able to walk to pretty much anything and everything. It is inspiring, tempting, and wonderful all at the same time.

Without bashing my hometown, Chicago’s food scene trumps DC big time. I still have yet to have one disappointing meal in this city, and I feel like new places are popping up every single day. 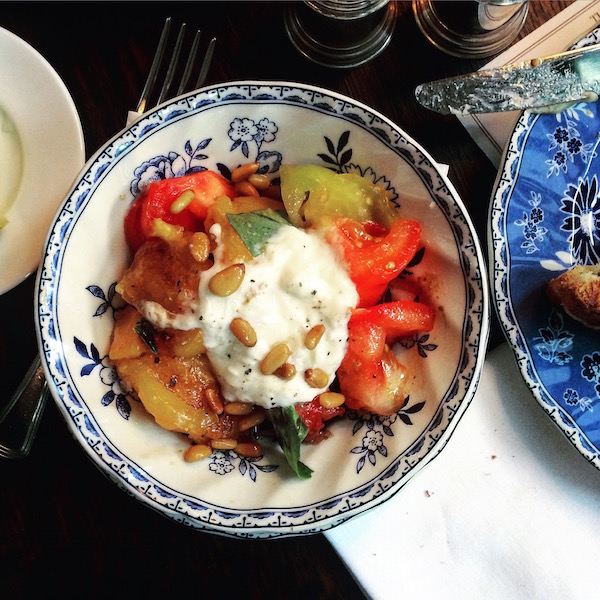 Connor’s first few weeks in Chicago were relatively less busy than they are now, so we also tried to walk a lot! Our apartment is just over a mile from Millennium Park, and we have walked down to the lake many different times. We actually braved the Fourth of July crowds to watch the fireworks near the harbor a few weeks ago! [I hate crowds. Also, DC fireworks trump Chicago fireworks.] 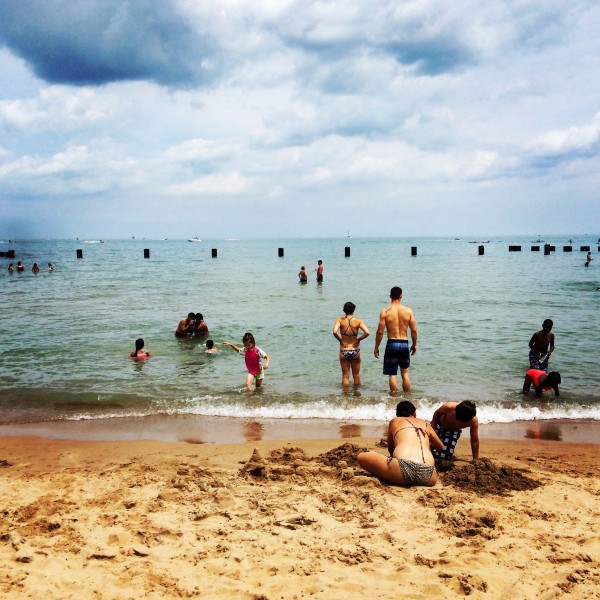 But seriously, Lake Michigan and the Chicago River are two of my favorite parts of this city! We’ve headed up to North Avenue Beach, taken advantage of the newly constructed River Walk (one of my favorite things), and have been trying to walk along the Lakeshore Trail as much as possible. We’re going to try to kayak on the river at some point soon as well. 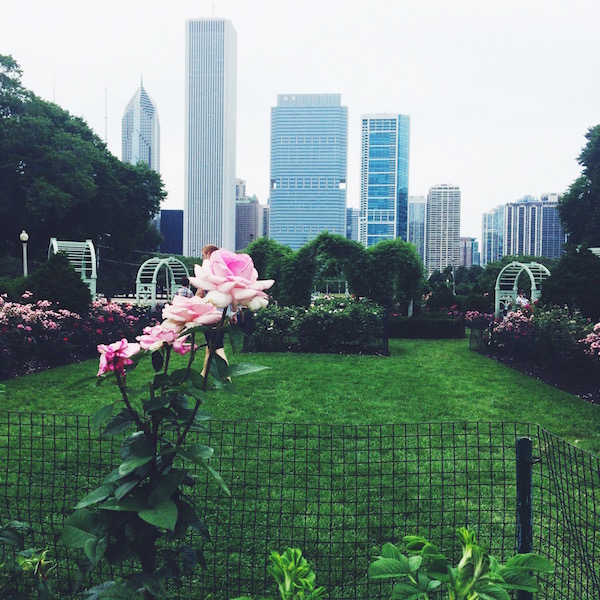 It helps that Chicago summers are incredible! Much less humidity and much better weather than DC. Granted, I’ve never lived in this city during any other season, but people are out and about constantly (clearly taking advantage of every single sunny day) and there is a lot going on.

There are festivals in various parts of the city almost every single weekend, and it appears that people spend 80% of their days on restaurant patios drinking beer and eating good food. Do people even work in Chicago during the summer? I’m not so sure. 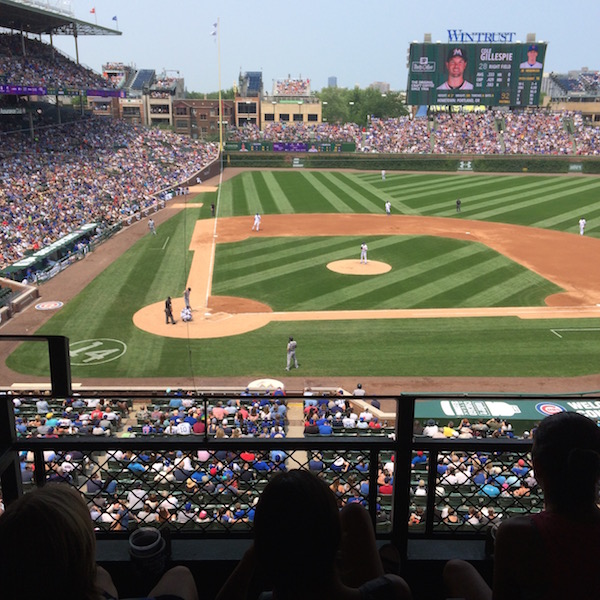 Ok, so the eating! We’ve done a fair amount of eating since we’ve lived here as you can probably imagine. Though we have been trying to be good and not go out more than once a week (at most). We’re saving up some of our restaurant-dining for when family comes to visit us in a week’s time, and later on in September.

It also helps that our new kitchen is 10x more enjoyable to cook in then our last apartment kitchen, and our apartment building has outdoor gas grills. 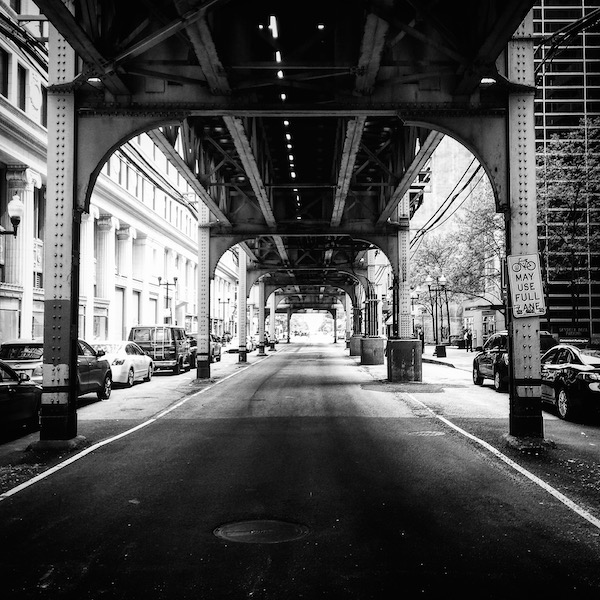 We’ve also been able to make a small group of friends in the city already! As most of you already know, we really knew no one in Chicago when we first learned we were moving here. Connor has a cousin that is moving here this month (and another cousin who lives an hour away!), but besides that, we don’t really have any friends or family in Chicago. Plus, it’s especially hard when you work from home and don’t really have access to coworkers.

But one of the most unexpected blessings of blogging has been that I’ve been able to connect with people (many of whom I consider friends) all over the country and before we had even moved here, a few fellow Chicago food bloggers had reached out to me, offered advice, and made the transition so much easier. 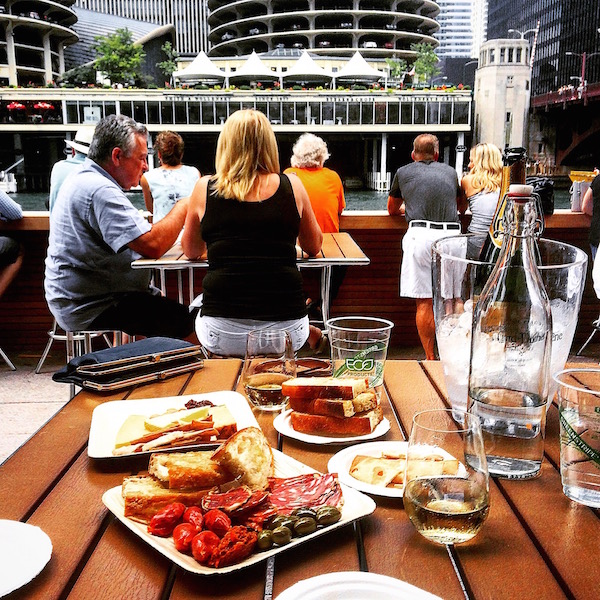 Since then, a small group of us (hi Jocelyn, Kristin, and Nora!) have gotten together for dinner at various restaurants all over the city. If you’ve been following along on Instagram, you probably have seen a bunch of photographs from our dinners together.

Kristin generously offered to hang out with me on my birthday last weekend while Connor was working, and we headed to City Winery’s River Walk location for drinks and snacks. They accidentally gave us French champagne (instead of Spanish Cava) and we snacked on charcuterie and cheese for three hours, while we chatted about our experiences in culinary school, jobs, life, and our anxiety about Chicago winters.

Last week, a few of us headed to Le Colonial in the Gold Coast in seek of delicious Vietnamese food. We always make a fool of ourselves by taking photographs of the food (I’m embarrassed to even admit what we did during our first dinner together), and get to try all sorts of dishes, whilst chatting about everything under the sun. 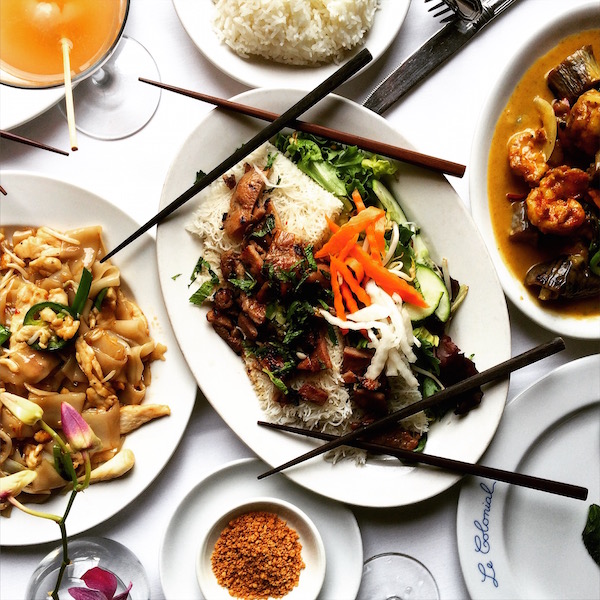 Of course, if you’re visiting the city or want recommendations on what to do or where to eat (obviously, my experience is limited), don’t hesitate to reach out to me!

This post contains affiliate links, which means that I make a small commission off items you purchase at no additional cost to you. Please read my privacy policy for more information.
« Previous PostOlive Oil Stracciatella Ice Cream
Next Post » BEST Homemade Margherita Pizza