This sweet and sour pumpkin dish is flavored with honey, red wine vinegar, pepper flakes, and can be thrown together in less than 30 minutes. 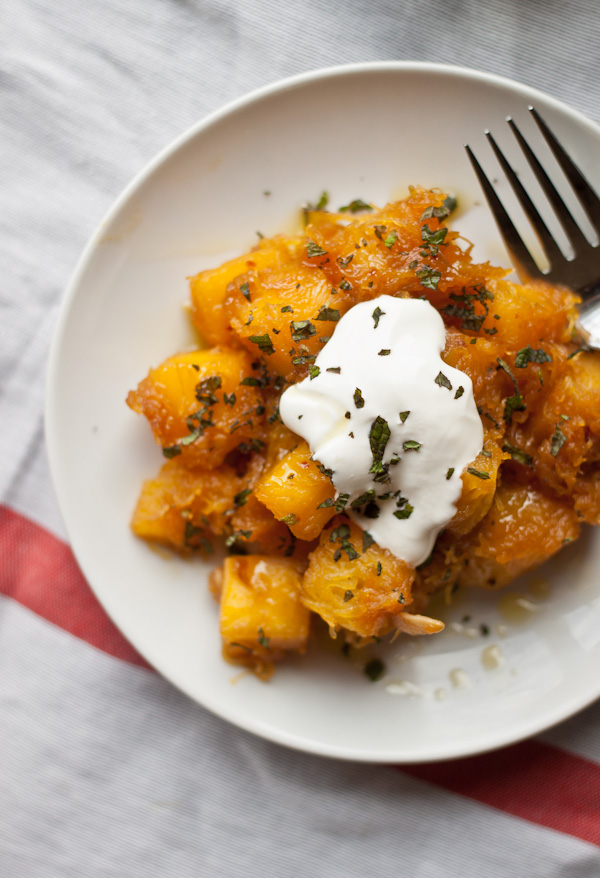 I know, more pumpkin. Are you still there?

In all fairness, this sweet and sour pumpkin dish is very different than almost any pumpkin recipe I’ve made in my entire life.  And that is exactly what attracted me to it in the first place.  That and the fact that it reminded me, vaguely, of a dish that Connor and I stumbled upon in a casual restaurant during our trip to Italy last March. 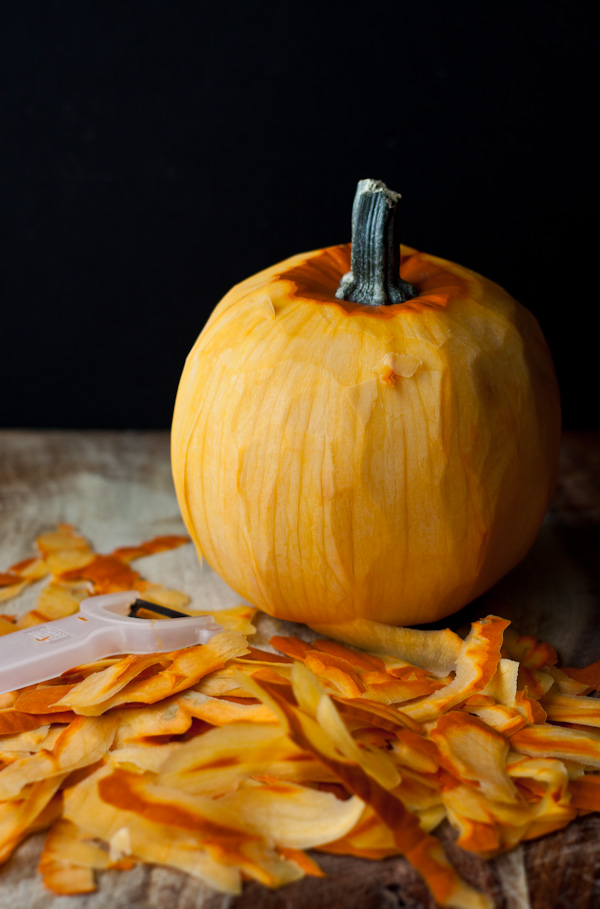 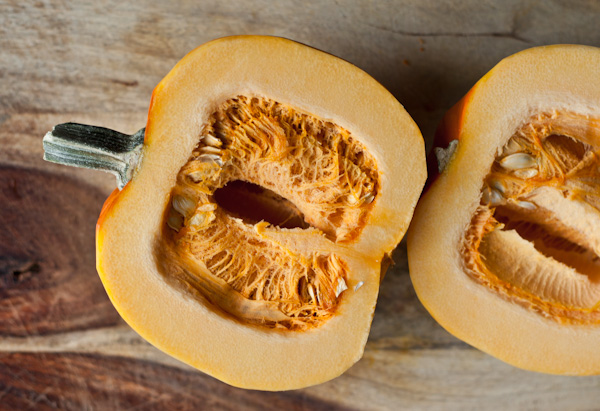 Anyway, back to the point.  What really attracted me to the idea of starting this series back in August was that it gave me an excuse to look through old, in some cases long forgotten, magazine issues and cookbooks and do something different in the kitchen.

I love to come up with my own recipes, don’t get me wrong.  There is nothing more satisfying than creating something incredibly delicious that stemmed purely from an idea.  Food is sort of magical in that way. 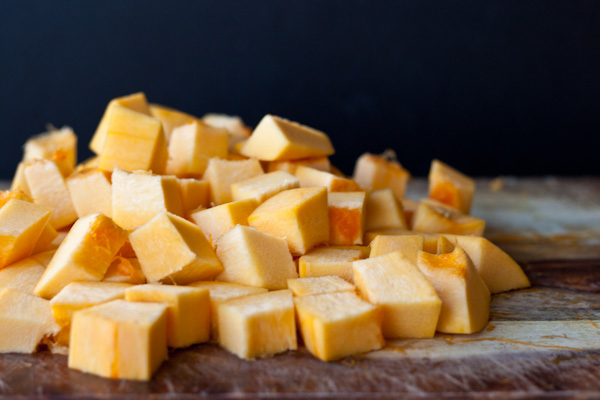 But, in all honesty, I think most of those ideas have to come from somewhere.

Whether it’s a dish that you had out at a restaurant a few weeks ago, the last remnants of an empty fridge, a childhood treat, a classic flavor pairing, or just all of your favorite foods smashed (placed delicately?) together on one plate. 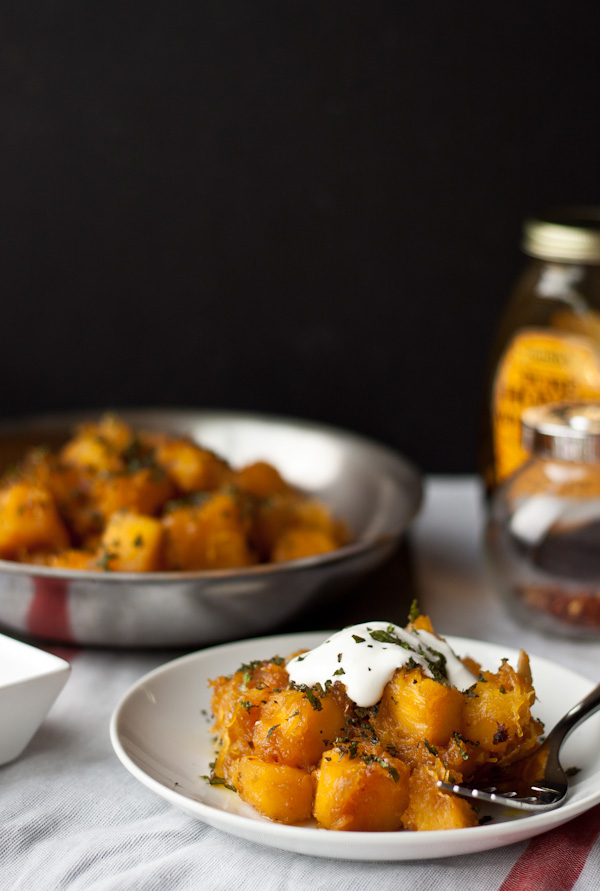 But sometimes, life gets in the way.  We’re all busy and it’s easier to stick with what is comfortable and familiar.  With food.  With jobs.  With everything.

Since I don’t work in the (professional) kitchen anymore (another post that is long over due, oops), I feel that the best way to keep learning and growing as a cook is to continue creating things, make mistakes, and try as many different foods as often as possible.

And yes, they are only recipes. I’m not going to turn into Rene Redzepi any time soon (or ever, for that matter). But recipes can also expose you to new cooking techniques, new ingredients, and ultimately, the tools it takes to create your own dishes. 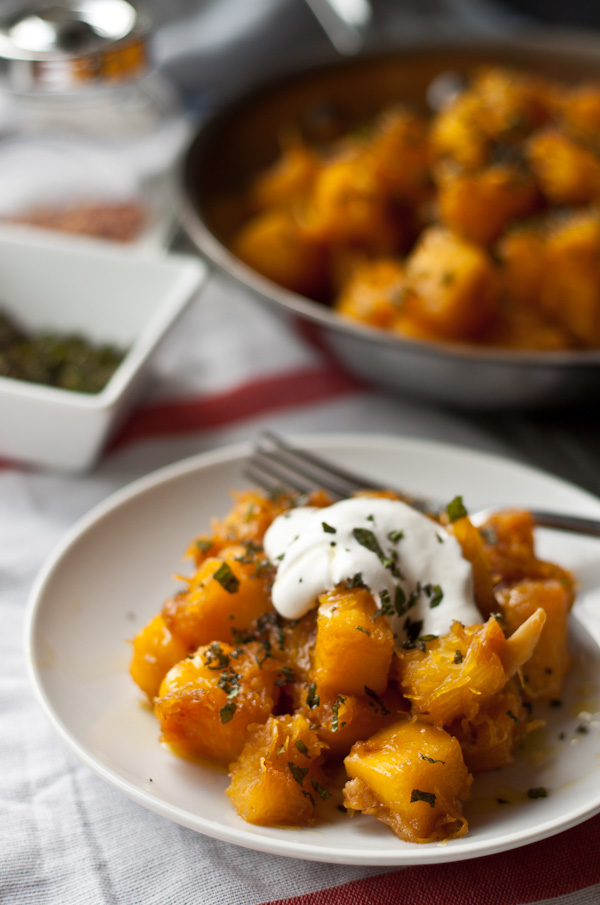 This sweet and sour pumpkin dish is a perfect example of something I never would have come up with on my own. The original recipe comes from Mario Batali’s Molto Italiano cookbook–and is incredibly interesting and different.

I ended up making it twice (just to be sure), cut back the heat a lot (the original called for a teaspoon of red pepper flakes–which was a little excessive), and chopped the pumpkin a bit finer to speed up the cooking process.  Enjoy! 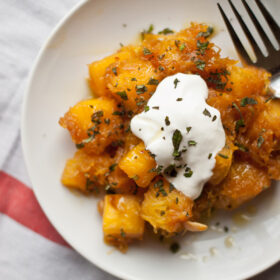 27 Comments on “Sweet and Sour Pumpkin”