Japanese eggplant slices are broiled in the oven until creamy and finished with a simple sauce made from lime juice, fish sauce, garlic, and sugar. 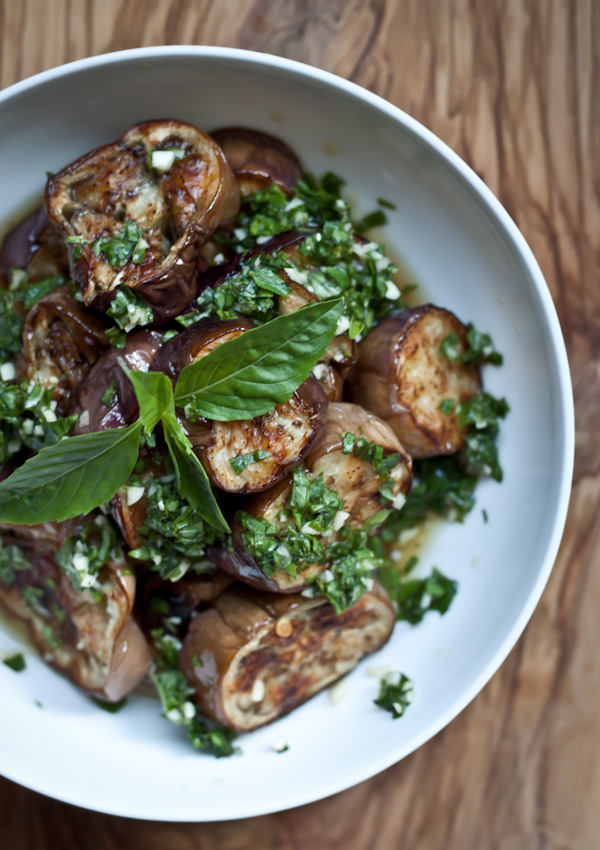 When I first came up with the idea for this series, I thought the easiest part would be picking a recipe.  It ended up being the hardest part. I think I had convinced myself that I had to make the most challenging and unique dish possible for my first post.

This inevitably led me to over-analyze (as I’m prone to do) and be far too picky.  Luckily, I was able to talk some sense into myself and decided to stop over-thinking everything and just do it already.

And ironically, in the process, ended up picking an incredibly simple Thai Eggplant dish, which start-to-finish takes just 20 to 25 minutes to prepare. 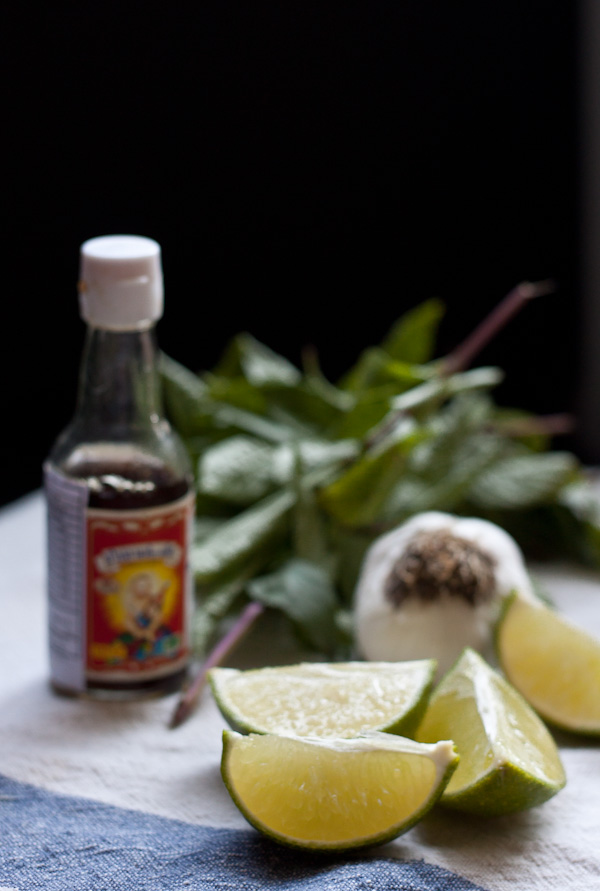 With so many magazines to choose from, I decided the best way to narrow down my choices would be to work my way through the summer issues–after all, I didn’t really think you guys would enjoy hearing about a delicious, hearty stew, as delicious as it may be, in the middle of August.

Leafing through a June 1994 issue of Gourmet, I ended up pausing at an article entitled, “A Taste of Thailand.”  The feature included recipes for spiced shrimp soup, roasted marinated cornish hen with sweet chili sauce, rice noodles, cucumber carrot salad, as well as sticky rice with mango and minted eggplant rounds. 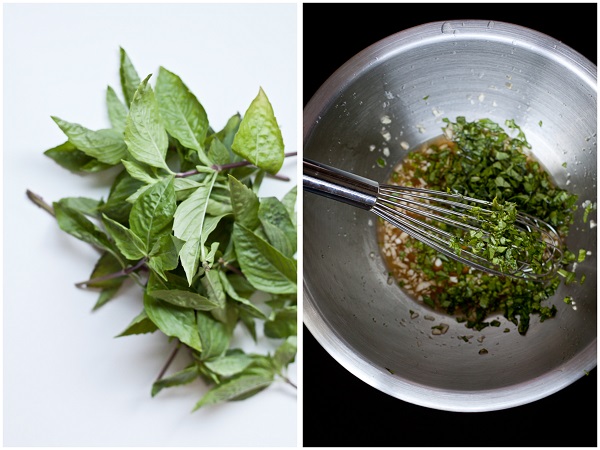 Blame it on my love for eggplant, but that last one sort of stuck.  I also happened to have some beautiful Japanese eggplant sitting in the fridge just waiting to be used.

I’m not going to lie, I was sort of skeptical.  After all, I tend to question the authenticity of international cuisine from the 80’s and the 90’s, especially at a time when a jalapeño pepper was considered, and I quote, a “hard-to-find” specialty food item.

The appearance of naam pla fish sauce in the recipe ingredients made me more hopeful. 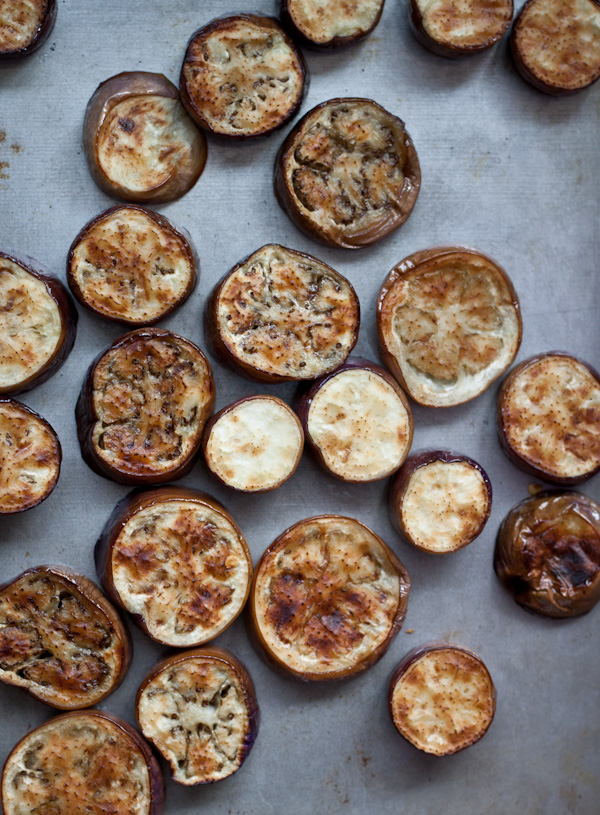 Curiosity got the best of me and I decided to just go into the kitchen and start to cook.  The recipe called for slicing the eggplant into rounds, brushing each side lightly with oil, and broiling them in the oven for 4 to 5 minutes per side.  At which point, the eggplant turn amazingly soft and creamy in texture.

The sauce is an incredibly simple, but flavor-packed combination of freshly squeezed lime juice, fish sauce, finely minced garlic, and a touch of sugar.  While the original recipe called for fresh mint leaves, I decided to substitute this ingredient with Thai basil. 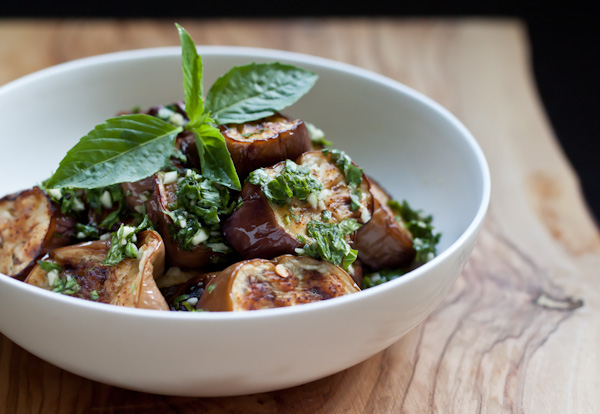 Without any incredibly high expectations, I dug my fork into the bowl for the first bite.  Despite my skepticism, I ended up really loving this dish.  My initial impression was that it tasted incredibly authentic.  For such a simple dish, it really stood out.

The lime juice and Thai basil adds brightness to the dish, while the fish sauce adds just enough of that salty umami flavor to make the eggplant really pop. 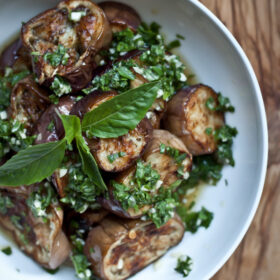 4.5 stars (2 ratings)
Print Pin Review
Yield: 3 Servings
Prep: 10 minutes
Cook: 15 minutes
Total: 25 minutes
These Thai Eggplant Rounds will become a new favorite side dish. Eggplant slices are broiled in the oven for about 4 to 5 minutes per side and finished with a delicious sauce made from freshly squeezed lime juice, fish sauce, finely minced garlic, and a pinch of sugar.