The Best and Worst of Culinary School

50 weeks, 720 hours in the classroom, 90+ culinary school blog posts, more than 1,000 restaurant work hours, and many cuts and burns later, I am officially finished with culinary school! 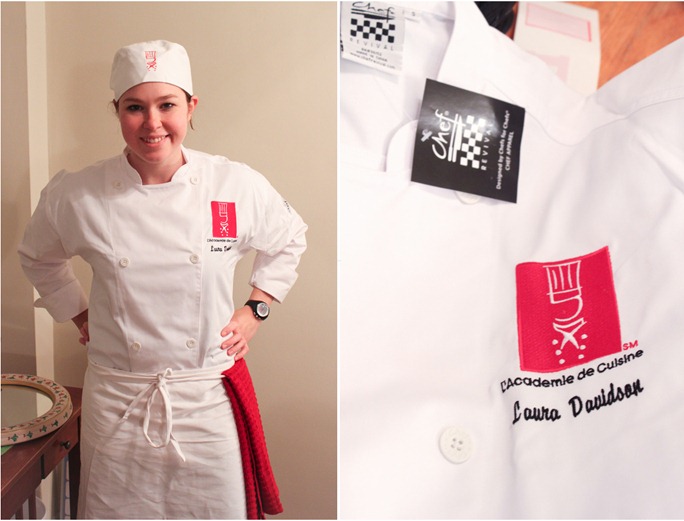 In the spirit of celebrating my graduation—> which will take place this coming Friday, December 14th—I decided it would be fun to wrap up the whole experience in a single post.  Think of this as the best-and-worst-of-times post, where I share all the little details, from my favorite dish made during the program (and the worst!), the most awkward day at school, as well as share the hardest moments in the last year! 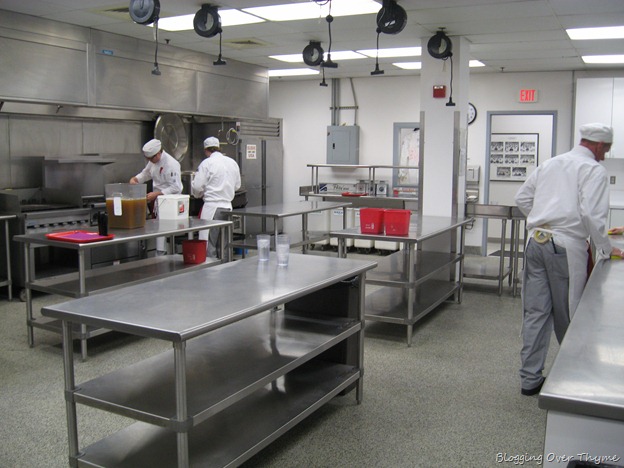 Believe it or not, if you had asked me what I was most worried about before heading into culinary school, I would probably have had only one response—> survival.  Even though I had some experience in a commercial kitchen before starting school, I really didn’t know what to expect from the experience, or from myself.

Even within the first week of the program, I was already thinking about whether or not I would even make it to graduation day!  Seriously, as ridiculous as that sounds now, it was totally true (ask any one of my culinary school classmates).  I was getting far too ahead of myself and already thinking about the restaurant externship before I’d even made it through the first week.  I forgot to remind myself that I still had another 6 months to learn, find my confidence in the kitchen, and realize that I would, simply, be OK. 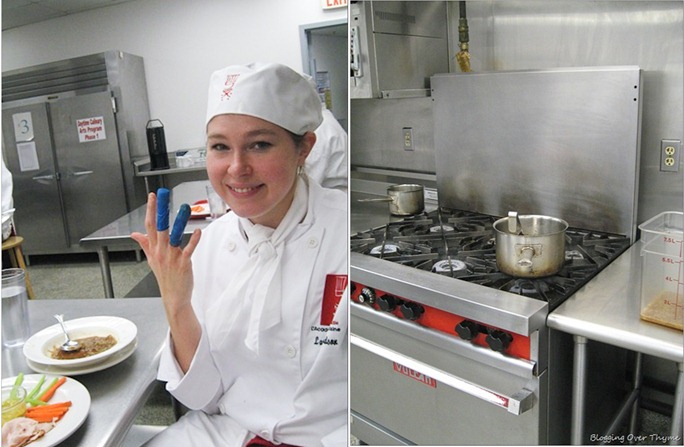 I was fully expecting myself to acquire many cuts and burns throughout my time in school, but cutting myself not only once, but TWICE within the first two hours in the kitchen was a bit embarrassing.

To put this in perspective, I have only cut myself twice during my entire time working at the restaurant and they were very minor ones at that.  Progress, huh? 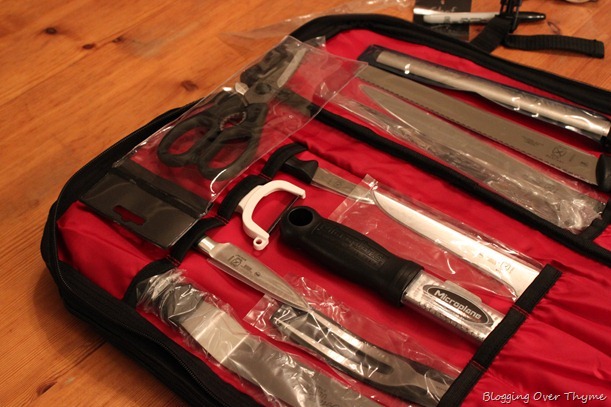 Receiving my knife bag full of fancy new knives and other equipment, as well as my uniform, was probably one of the most exciting moments of culinary school.  Imagine that feeling of buying new school supplies, but multiplied by about a thousand percent! 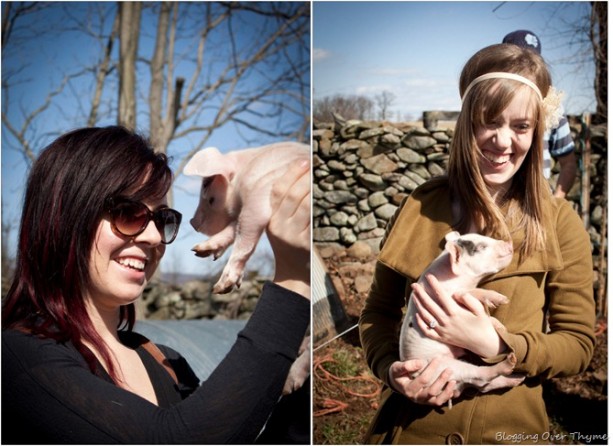 I never expected to go on any field trips during my time in school, but I was pleasantly surprised that we had two in store for us over the duration of the program.  My personal favorite was our trip to Ayrshire Farm during our first few months of school.

Baby piglets, great food and a short road trip with some of my favorite people equals a good time. 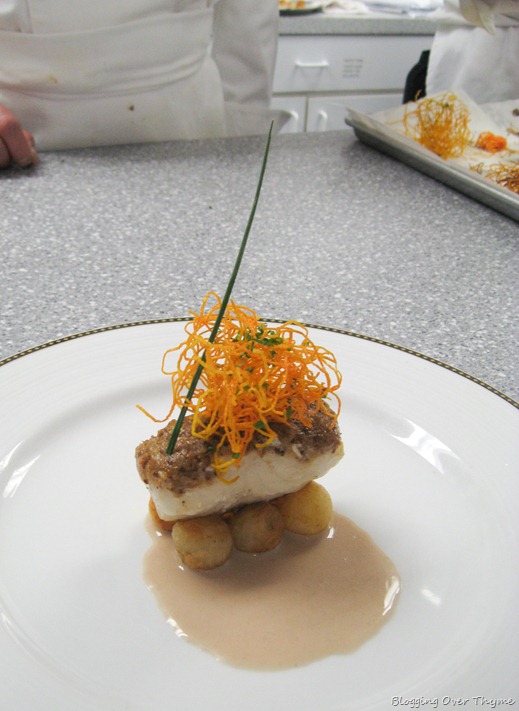 Speaking of good food, if I had to name my favorite dish created during our entire time in the program, I would probably have to say the Crusted Halibut with Olive Beurre Blanc, which we made during our second week in Phase II.  So delicious, my mouth is kind of watering just thinking of it. 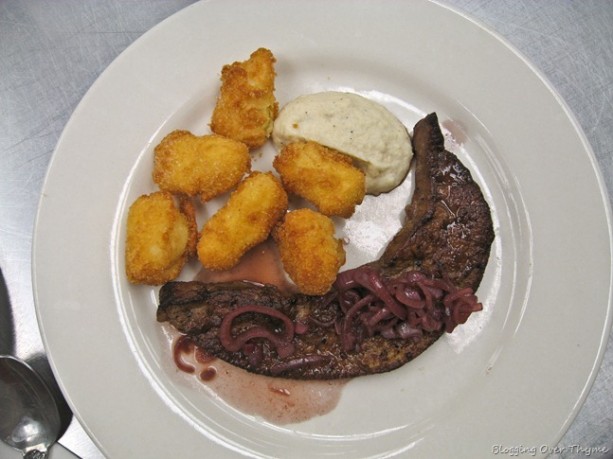 This sad looking plate displays the absolute worst dish made during culinary school—pan seared calf’s liver.  If you’re thinking it resembles a dead banana peel, I’m right there with you!

There were many dishes made throughout school that I fully expected to dislike (taste-wise), but actually ended up enjoying.  Let me say, this was not one of them.  I tried, really I did, but it was just not happening.  That entire plate makes me cringe. 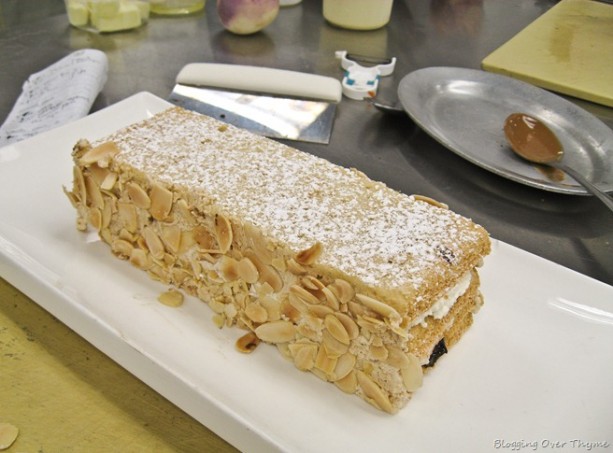 A very tough one to decide, but my favorite dessert would have to be the Marjolaine cake we made during our 12th week in school.  A dacquoise cake filled with layers of chocolate ganache, hazelnut, and vanilla cream, this dessert was simply amazing and I couldn’t stop eating it. 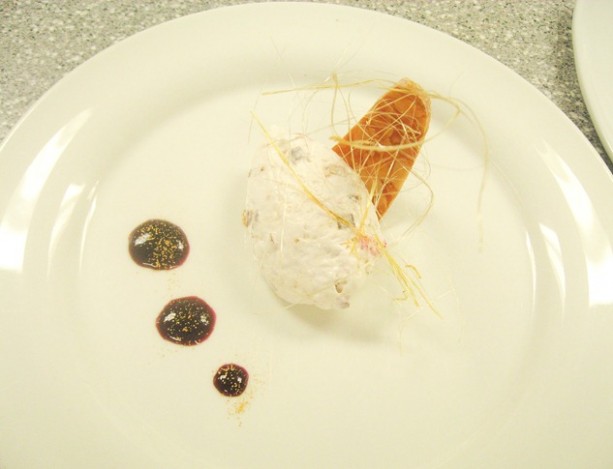 Is there such a thing?  There were really no bad desserts during school, so instead, I’ll just share my least favorite dessert, which would have to be this cold nougat we made towards the end of the program.  At least it’s pretty!

It also wins for the most tedious dessert.  If any of you have tried to make paper thin nougatine, you know exactly what I’m talking about.  If I had to make this every day, I would no longer need to spend $30/month on a gym membership. 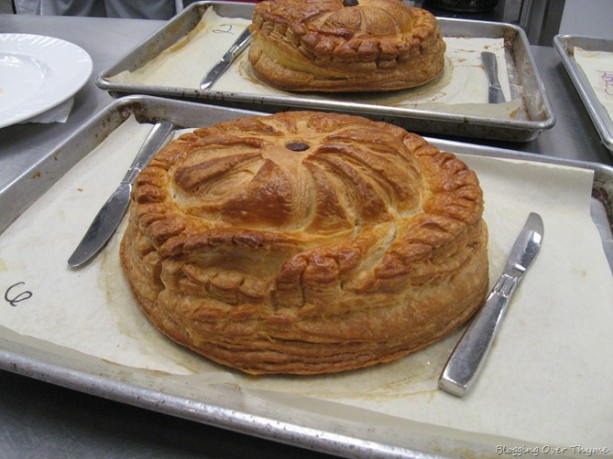 Made only a few weeks into culinary school, this crazy looking dessert is called a King’s or “Pithiviers” cake.  It basically is puff pastry that is filled with frangipane.

It kinda blew my mind.  And it was tasty too.

Most Stressful Day in the Kitchen 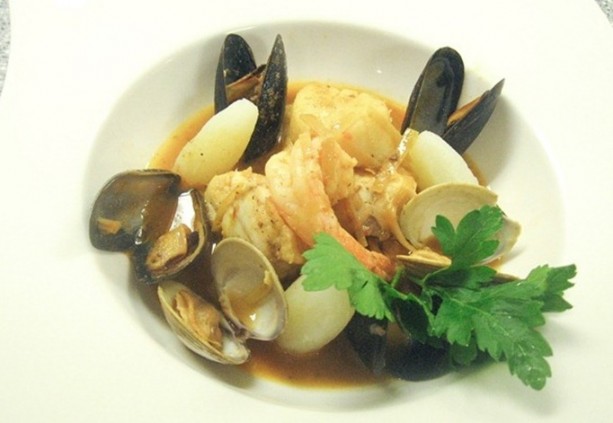 As many fun days as there were in the kitchen, there were many stressful days as well.  Practical exam days definitely fit into that category, but the most stressful regular classroom day was definitely this one.  Nothing makes your heart beat faster than greeting an insanely long menu at the beginning of class…

To make a long story short, it pretty much ended with me breaking down in tears after service.  Ironically, it was also the day we made that nougatine that I mentioned earlier… 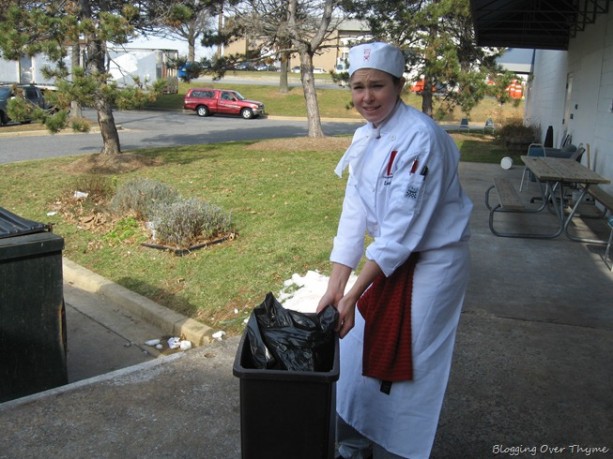 It is inevitable that when you cook, you must then clean. Weird, maybe, but I actually enjoy cleaning and organizing.  However, at school, this was the task that I dreaded the most.

Especially when it involved cleaning out the stock pot… 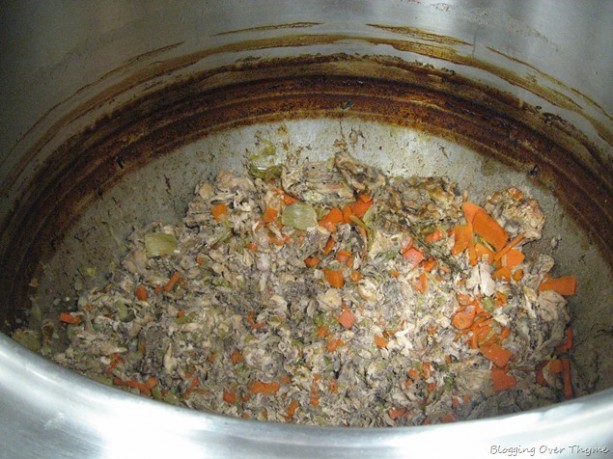 Sausage making day. Nothing makes culinary school students crack up and act like immature school children as this entire process…

There are no words. 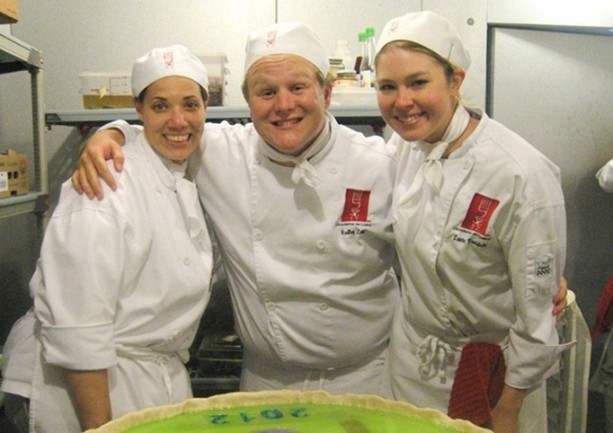 Even though I expected to make friends in culinary school, I don’t think any of us could have predicted how close we would actually become by the end of this.  Yes, our class size of only nine definitely helped make that more possible—but I think it ultimately came down to the fact that were all shared a bond and passion: food.

We all have different goals and aspirations at the end of the day, but we all have that in common.  We’ve all shared a once-in-a-lifetime experience and I know it couldn’t have been the same without each and every one of them.

Yeah, I’m pretty sure we all hated each other at one point or another, but I love these people.

Stay tuned!  Hopefully I’ll be back soon with a full recap post about graduation day…

This post contains affiliate links, which means that I make a small commission off items you purchase at no additional cost to you. Please read my privacy policy for more information.
« Previous PostKorean Braised Tofu (Dubu Jorim)
Next Post » Graduation Day

4 Comments on “The Best and Worst of Culinary School” 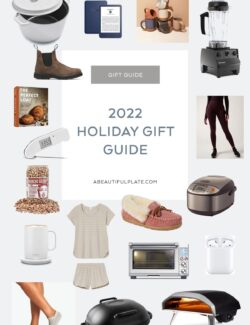 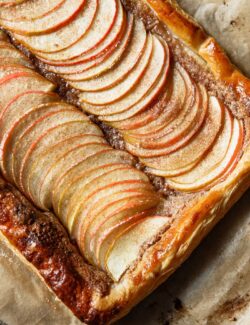 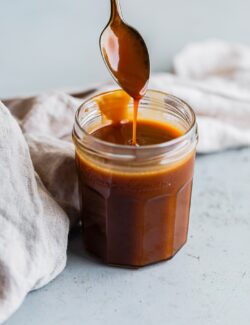 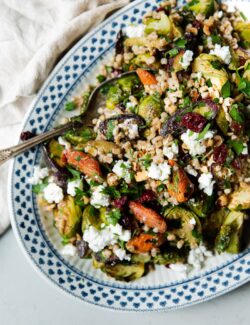